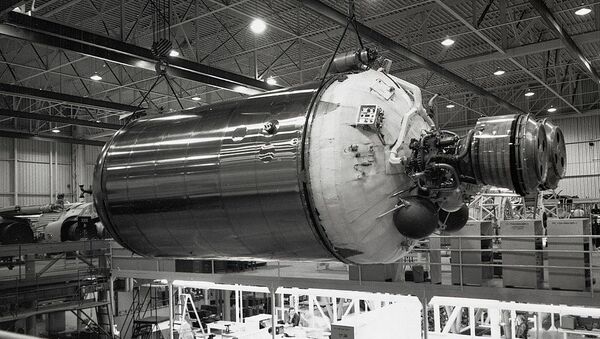 Morgan Artyukhina
All materialsWrite to the author
What has turned out to be nothing more than a large piece of space trash from a failed moon mission led astronomers at the US space agency NASA on a wild goose chase for three months as they raced to figure out if the mysterious object posed a danger to Earth.

Astronomers have finally confirmed what they had long suspected: a mysterious, near-Earth object they once thought was an asteroid is actually a 42-foot-long Centaur rocket booster used in a 1966 unmanned mission to the moon.

NASA’s Jet Propulsion Laboratory (JPL) announced on Wednesday the results of some serious stellar sleuthing that proved once and for all that the odd object detected in September is of Earthly origin.

Initially spotted by the Pan-STARRS1 survey telescope in Hawaii as part of a larger effort to detect near-Earth asteroids that might pose a danger to life on the planet, the mystery object dubbed Near Earth Object (NEO) 2020 SO is a Centaur rocket stage, the top part of a Centaur-Atlas rocket that lifted the Surveyor 2 lunar probe into space on September 20, 1966.

As they studied the new object, scientists noticed some strange things that should not happen to asteroids, such as that it was being pushed by solar radiation. By tracing the object’s past orbital path backwards, they found it passed so close to Earth in 1966 that it could have believably come from the planet itself.

"It was clearly not from a launch to Mars or Venus or any of the others because they would be in orbits that would carry them out toward those planets. It has all of the hallmarks of a lunar mission," Paul Chodas, head of the JPL’s Center for Near-Earth Object Studies, told Space.com in October. 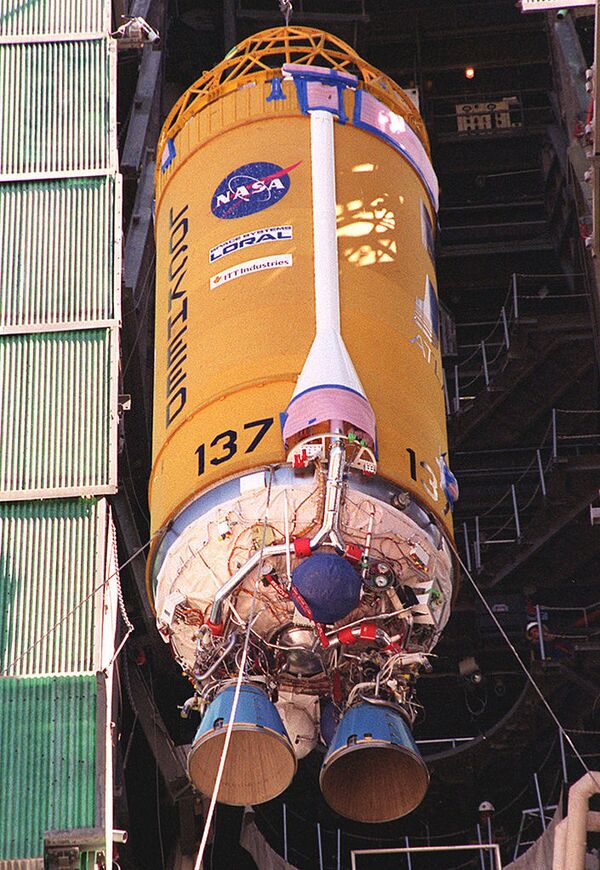 At launch pad 36-A, Cape Canaveral Air Force Station, cables help guide the second stage of an Atlas II/Centaur rocket as it is lifted up the gantry (behind it) for mating with the first stage.
© NASA . NASA

He explained that the object’s orbit makes sense as a lunar rocket because of its speed and angle. "The spacecraft had to slow down, you want to approach the moon fairly slowly," Chodas said. "So the rocket body missed the moon and went into orbit around the sun, just barely."

"We've kind of mused about whether [or] when this would this happen," he added. "I've over the years looked at asteroid orbits to see if any of them was in an orbit around the sun that was likely to have been associated with a launch."

Still, it remained to be proven just what 2020 SO was.

A spectral analysis of 2020 SO returned some strange results: it didn’t look like stainless steel researchers expected to see if it were a rocket piece, but it did resemble it somewhat. That’s when they realized the steel they were looking at it had been in space for 54 years, exposed to radiation and other hazards, and they set out to find a way to verify what such an object would look like now.

"We knew that if we wanted to compare apples to apples, we'd need to try to get spectral data from another Centaur rocket booster that had been in Earth orbit for many years to then see if it better matched 2020 SO's spectrum," Vishnu Reddy, an associate professor and planetary scientist at the Lunar and Planetary Laboratory at the University of Arizona, said in the JPL release on Wednesday. 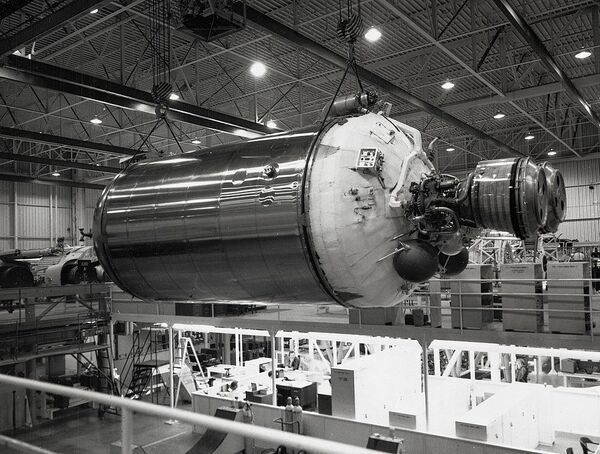 A Centaur second-stage rocket being assembled and readied at a General Dynamics factory for launch, November 8, 1962
© NASA . NASA

"Because of the extreme speed at which Earth-orbiting Centaur boosters travel across the sky, we knew it would be extremely difficult to lock on with the IRTF [Infrared Telescope Facility] long enough to get a solid and reliable data set."

Then, two days ago, serendipity: another Centaur rocket from the same era passed before Reddy’s team. On December 1, they found a slow-moving Centaur D rocket booster used in 1971 to lift a geostationary communications satellite and compared the spectra they observed with that of 2020 SO. It was a perfect match.

Surveyor 2 was to have been the third man-made object to make a soft landing on the moon. In February 1966, the Soviet Union’s Luna 9 became the first, with the United States’ Surveyor 1 landing in June of that year. Surveyor 2 was intended to photograph the lunar surface as well as to perform a “bouncing” maneuver, both of which would aid in planning the manned Apollo missions that followed a few years later. However, on the way to the moon, one of the maneuvering thrusters failed to ignite during a course adjustment, sending the spacecraft tumbling uncontrollably through space.

According to NASA, the craft crashed into the moon on September 23, 1966 - now we know the Centaur booster that helped push it out there kept going and is still flying around today, causing headaches at NASA 54 years later.