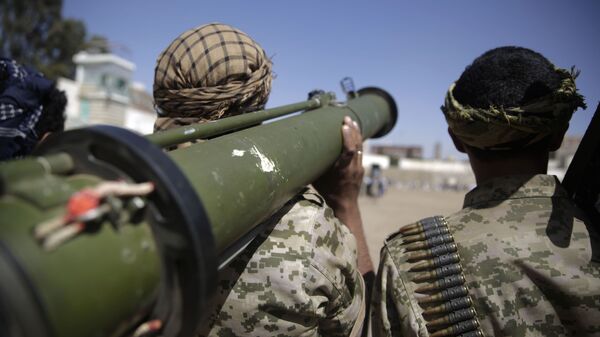 CAIRO (Sputnik) - The Saudi-led Arab coalition fighting in Yemen has launched airstrikes against a military base of the Shia rebel Houthi movement located near the international airport in the Yemeni capital of Sanaa, a source from the airport's administration told Sputnik on Sunday.

"The Arab coalition's aircraft launched two strikes against the Al-Dailami air base near Sanaa International Airport north of the capital," the source said.

Yemen has been gripped by a civil war between the Yemeni government forces, led by President Abdrabbuh Mansour Hadi, and the Houthi movement since 2014.

The Saudi-led coalition of Arab states entered the conflict on the side of the government in 2015, after the Houthis made significant gains during the early days of clashes. Since then, the coalition has been conducting air, land and sea operations against the rebels, who control Sanaa and large areas in northern and western Yemen.