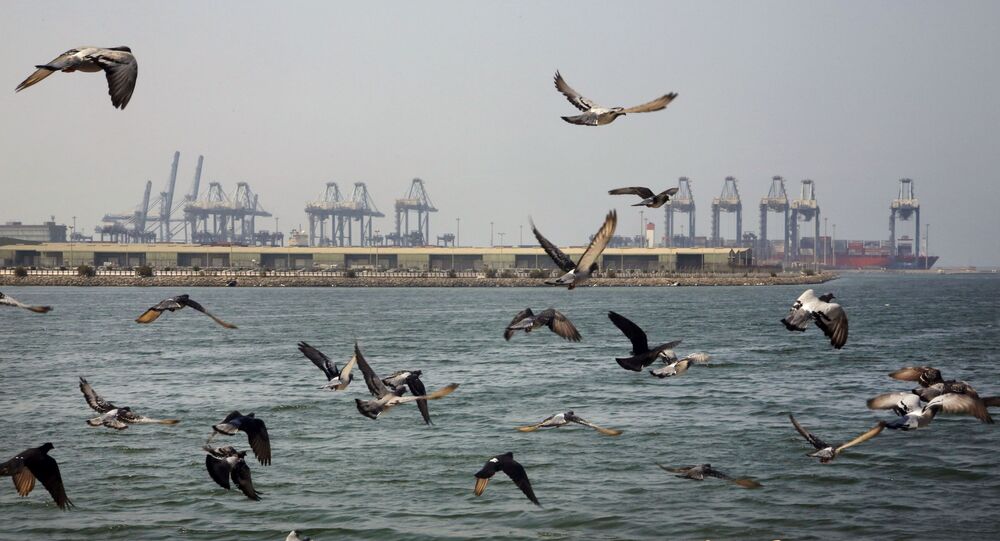 Saudi state media on Monday confirmed that the Yemeni Houthi rebel group had earlier in the day targeted a Saudi Aramco Distribution station in the city of Jeddah.

The Saudi-led coalition has destroyed five mines laid by the Yemeni Houthi rebels in the Red Sea, Saudi state TV reported on Tuesday.

The broadcaster claims that the mines were of the Iranian-made "Sadaf" type, adding that in total, the coalition has destroyed 163 sea mines left by the rebels.

The statement comes a day after the Houthis targeted a Saudi Aramco Distribution station located in the city of Jeddah, launching a Quds 2 missile at it. The attack followed another earlier this month against a Saudi oil platform near Jizan, on the Red Sea near the border with Yemen.

The Saudi-led coalition has dubbed the recent missile strike as an attack on global energy security.

Yemen has been engulfed in an armed conflict between the government of Yemeni President Abdrabbuh Mansour Hadi, and the Houthi armed opposition for years. In 2015, a Saudi-led Arab coalition entered the conflict, carrying out military operations against the Houthis at Hadi's request.