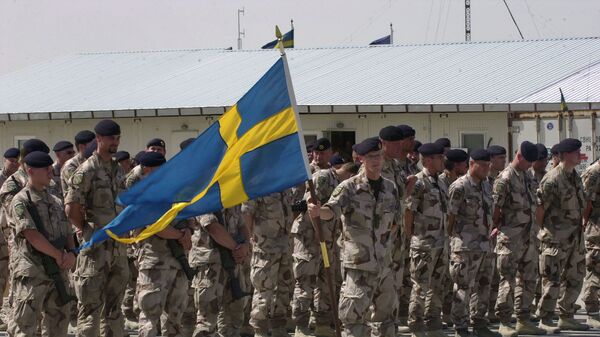 © AP Photo / Sameer Najafizada
Subscribe
International
India
Africa
Igor Kuznetsov
All materials
The goal of the exercise is to enhance cooperation in the event of a conflict in Sweden or its whereabouts, to let the US forces acquaint themselves with the Swedish terrain and to signal its commitment to a potential attacker.

The Swedish military has revealed ongoing secret drills between the Swedish and US special forces.

The goal of the exercise is to enhance cooperation in the event of a conflict in Sweden or its whereabouts, national broadcaster SVT reported.

The exercise that is currently underway is supported by the navy and the air force and is largely about American special forces soldiers getting to know the Swedish terrain, for example, the country's archipelago environment. This year's unique weather conditions are also being taken into consideration.

“We have practised with special forces from the US before, but hardly at the complex level we have now reached,” Anders Löfberg, the commander of the Swedish Special Forces said.

“This collaboration is a resource, which means that if you choose to act in a crisis situation, you can do it very early and in an effective way. It is also a very clear signal of a currently-ongoing upgrade of capabilities of the Swedish Armed Forces, which raises us in comparison with what it has looked like before,” Hultqvist told SVT.

According to SVT, the underlying message is that if a foreign power considers entering Sweden, the  power should be aware that American special forces now also know Swedish terrain and will come to Sweden's rescue and make such an operation all the costlier.

In Sweden, special units are often called secret units, because they operate in addition to the regular activities of the Armed Forces. In the event of a conflict, special forces may be assigned an immediate task, often behind enemy lines, to sabotage, raid, or conduct intelligence activities, to name a few.

“Normally, we do not say anything about our special forces at all. It is part of both protecting our staff and not revealing the abilities we have”, Anders Löfberg said.

There is no exact definition of what the Swedish special forces do, but they are often described as doing things outside the normal framework of defence activities. There is no official information on the size of the special forces or its operations.

In the past, Swedish special forces have to a large extent acted internationally, for instance, in Congo, Kosovo, Iraq and Afghanistan, but in recent years have largely switched to national defence.

Despite its historic non-aligned status, Sweden has in recent years forged close ties with NATO and the US in particular. The collaboration features equipment procurement and joint exercises, which Peter Hultqvist described as “natural development”. Furthermore, Hultqvist has repeatedly described Russia as the greatest threat to Sweden, which is often used as a pretext for the ongoing military beef-up and elevated defence allocations.