Beijing Calls on US to Stop Elevating Ties With Taiwan 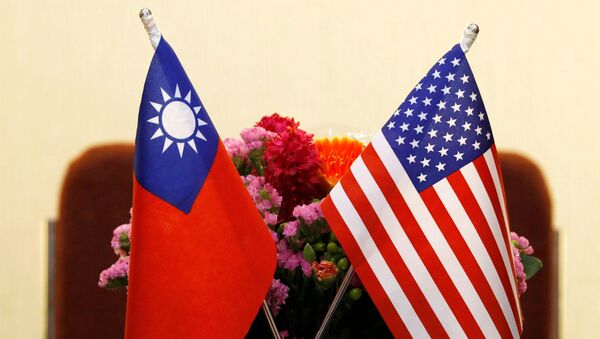 Last week, the Chinese Foreign Ministry warned that Beijing would deliver a “proper and necessary response” after Washington had approved the potential sale of four MQ-9B Reaper drones and associated hardware to Taiwan.

The spokesman for China's Foreign Ministry, Wang Wenbin, on Wednesday called on the United States to stop elevating ties with Taiwan after Washington and Taipei announced they would hold economic talks later this month.

Pompeo praised Taiwan as “a vibrant democracy and a reliable partner,” adding the dialogue signifies that “our economic relationship... is strong and growing.”

$600 Million Sale of Four MQ-9 Reaper Drones to Taiwan Approved by US State Department
Taiwan considers itself to be an independent nation and claims to be the legitimate representative of China. Currently, only 14 out of the 193 United Nations member states recognise the island nation as a state. Beijing has repeatedly claimed that Taiwan is “an inseparable part of its territory.”