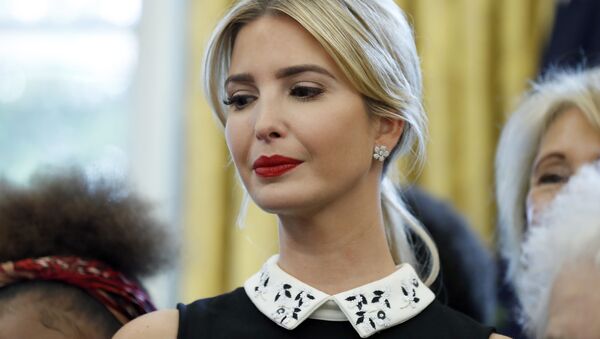 Irina Acheeva
correspondent
All materialsWrite to the author
US election results are still being counted in several key battleground states, meaning the country’s vote for the next president still hangs in the balance. The two-day delay, accusations of voter fraud and impending lawsuits in several states has led to both internal and international criticism of the country's electoral system.

US President Donald Trump’s daughter and adviser Ivanka Trump has shared her views on the vote-counting in the presidential election, saying "every legally cast vote should be counted" but "illegally cast votes should not".

This is not a partisan statement — free and fair elections are the foundation of our democracy. 🇺🇸

The statement comes amid a nailbiter in the US election as incumbent President Donald Trump and Democrat rival Joe Biden are virtually neck and neck in key swing states. Earlier today, Biden took the lead in the key battleground state of Pennsylvania, reportedly moving ahead of Trump by more than 5,500 votes.

Joe Biden at present holds an advantage over Trump in both the popular vote and electoral college count, according to Fox News. Furthermore, Biden is ahead in the state of Nevada, whose six electoral votes would carry him to the 270-electoral vote threshold required to win the presidency.

The race remains tense because of a high number of mail-in ballots, as well as numerous early votes thanks to the restrictions introduced because of the COVID-19 pandemic.