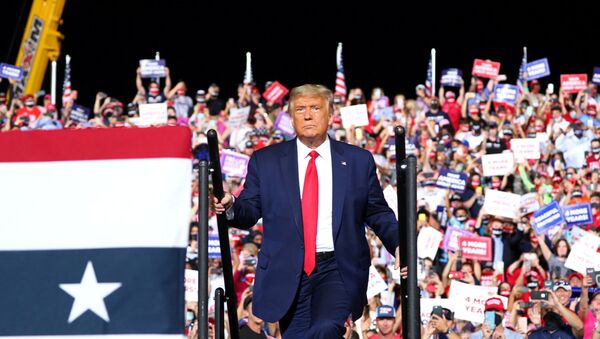 Aleksandra Serebriakova
Moscow-based Sputnik correspondent specializing in foreign affairs.
All materialsWrite to the author
Betting on politics is officially illegal in the United States, but not throughout the world. Although the winner in the race for the White House may not be straightforwardly decided in the next couple of days due to mail-in ballots being counted, for some international gamblers the result of US elections may turn out to be rather costly.

An anonymous British ex-banker is betting $5 million on Donald Trump’s re-election, which is thought to be “the biggest ever” wager made on politics, according to industry experts cited by The Sun.

The risky bet, which could leave the secret gambler with nearly $15 million cash on 2.85 return, was reportedly made through a private bookie linked to Curacao island in the Caribbean. According to a friend of the rich businessman, who is thought to be living outside Britain, his friend consulted with “insiders” from the Trump campaign before placing a 37/20 bet on the incumbent president’s re-election. 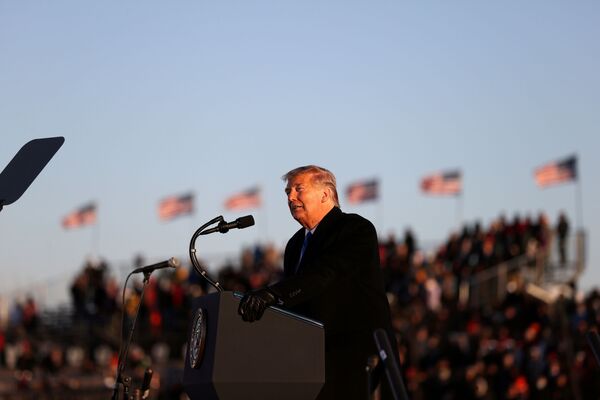 But betting industry sources say that he is not the only one who is investing big bucks in Trump’s victory at the last minute. According to Irish bookmaker Paddy Power, in the first days of November 93% of money was put on Donald Trump staying in the White House, in comparison to just 7% placed on Joe Biden. British gambling firm Ladbrokes said 3 in 4 of all bets in the last week of campaigning have also predicted Trump’s win.

"Biden looks home and hosed according to the bookies and pollsters, but even at the eleventh hour punters are continuing to back Trump at the odds on offer,” Ladbrokes’s Jessica O'Reilly said.

However, Democratic contender Joe Biden is still said to be a “favourite” among bookmakers with biggest stakes predicting his win. One mysterious Brit has also placed £1 mln over the weekend on his presidential bid, according to Betfair Exchange.

The company says it expects more than $400 mln to be placed on both candidates by Tuesday, as $337 mln has already been invested in the 2020 election by politically-inclined gamblers. The November poll now looks like “the biggest-ever” gambling event, bookers say.

Meanwhile, risk-takers may have to wait a little bit longer than the evening of 3 November to find out who will be POTUS next year due to rules surrounding mail-in voting altered during coronavirus pandemic. Some states, including the key battleground state of Pennsylvania, said that they will be accepting mailed-in ballots received even several days after the Election Day, a practice that has been harshly criticised by President Trump and his Republican colleagues.