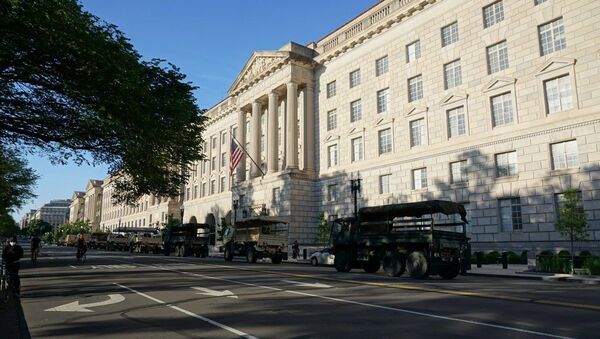 "This election may be different in turns of the vote counting... We also know that some people would like to cause mayhem or trouble," Bowser said on Thursday. "We don't have any specific thing to report to you about that, but we will tell you that we are preparing to ensure the city's safety," she added.

Metropolitan Police Department Chief Peter Newsham said he is concerned that there will be civil unrest in Washington on Election Day so the city's entire police force will be working on November 3 and the following days.

Newsham said there are no credible threats of violence at present, but the city authorities have received multiple permits to hold demonstrations.

Earlier, The US company Fortitude Ranch announced it would provide three vacation condos as survival communities on Election Day due to possible civil unrest coming after the presidential and general elections on November 3.