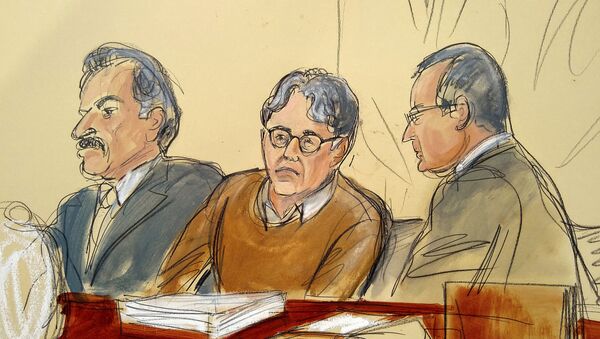 Raniere, now 60 years old, was found guilty in June 2019 of starving, raping, and branding women within his notorious cult NXIVM, which was active from 1998 to June 2018.

A total of 15 victims spoke out prior to the Tuesday sentencing, describing how Raniere's sexual abuse and manipulation has left a lasting impact on their emotional health and overall quality of life.

“You are a sexual predator, and you raped me,” India Oxenberg said, as reported by the New York Times. “When you touched me, I recoiled.”

India Oxenberg and her mother, actor Catherine Oxenberg, were both members of NXIVM. India Oxenberg accused Raniere of trying to poison their mother-daughter relationship.

During a recent interview with "Dateline NBC," the 60-year-old apologized for the "tragedy" and "hurt" that ensued from the organization and its secret sorority "Dominus Obsequious Sororium" ("Master over Slave Women").

"I apologize for my participation in all of this -- the pain and suffering. I've clearly participated. I've been the leader of the community."

At the same time, Raniere argued that he was "innocent."

NXIVM founder Keith Raniere speaks out ahead of his sentencing in an interview with journalist Frank Parlato and @DatelineNBC.

Raniere was found guilty of multiple charges related to the group, which prosecutors call “cult-like.”

"This is a horrible tragedy with many, many people being hurt," he said. "There is a horrible injustice here. And whether you think I'm the devil or not, the justice process has to be examined."

Seagram's liquor heiress Clare Bronfman was previously sentenced to 81 months in prison and hit with a total of $6.5 million in penalties for her role in the sex cult.

The heiress confessed to carrying out credit card fraud on Raniere's behalf. She also admitted to harboring someone who was living in the US illegally in exchange for unpaid “labor and services."