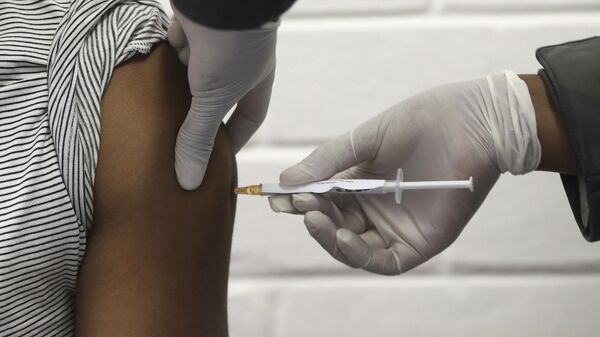 © AP Photo / Siphiwe Sibeko
Subscribe
It's not clear yet whether the late participant was receiving the vaccine or placebo.

A volunteer from Brazil who was taking part in the Oxford coronavirus vaccine trials has died, the country's Health Regulatory Agency Anvisa confirmed.

According to the agency, they were notified about the death of a 28-year-old volunteer on 19 October. The person's death has apparently occurred as a result of "complications from COVID-19", the Globa newspaper reported.

Anvisa did not immediately clarify whether the volunteer was taking the vaccine or the placebo, and the situation is still under review. The agency also said that the cause of the man's death was not elaborated "for reasons of ethics and confidentiality".

According to one source familiar with the situation, quoted by Reuters, if the deceased participant was taking an "active" COVID vaccine, the trials would have been stopped by now.

The anti-COVID vaccine in question is being developed by the University of Oxford in partnership with British-Swedish multinational pharmaceutical giant AstraZeneca. It is presently in the third stage of clinical trials in Brazil, UK, India and South Africa.

AstraZeneca has refused to comment on the situation so far amid lack of official position. 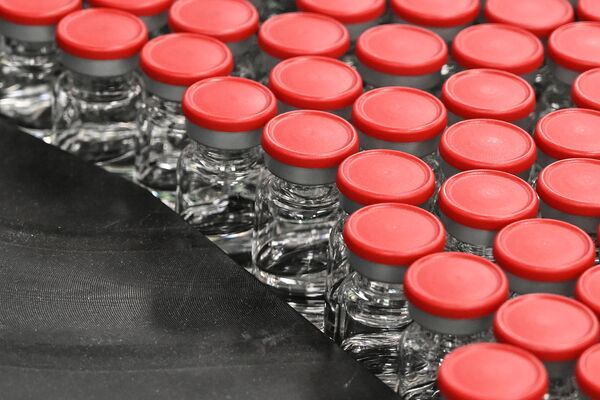 Capped vials are being pictured during filling and packaging tests for the large-scale production and supply of the University of Oxford’s COVID-19 vaccine candidate, AZD1222
© AFP 2022 / VINCENZO PINTO

Anvisa, however, said that the vaccine trials would continue worldwide, as recommended by the independent safety commitee.

The University of Oxford also confirmed that it would continue testing the COVID-19 vaccine.

"Following careful assessment of this case in Brazil, there have been no concerns about safety of the clinical trial and the independent review in addition to the Brazilian regulator have recommended that the trial should continue", the university spokeperson said.

Trials in the US on Hold

In September, the AstraZeneca vaccine trials were put on pause worldwide, after it was revealed that neurological illnesses were reported among some of the participants.

The company first announced that an "unexplained illness" was detected in one of its British volunteers. This had resulted trials being stopped temporarily as the case was being investigated. Trials resumed in the UK in four days, and later in Brazil, South Africa and India, but remained on hold in the US, with recent reports suggesting that American trials could also return to normal as early as this week.

It was also revealed in September that another trial participant allegedly experienced some "unexplained neurological symptoms" already back in July, but this was not reported initially. The study briefly stopped back then for a safety review but it was concluded later that the illness was "unrelated" to the trials, according to an independent panel.

The absence of clarity in relation to sick participants, who could have suffered from similar "neurological" illnesses, as well as lack of transparency by the drug company has previously raised questions among health experts about the safety of ongoing trials that are currently set to continue.