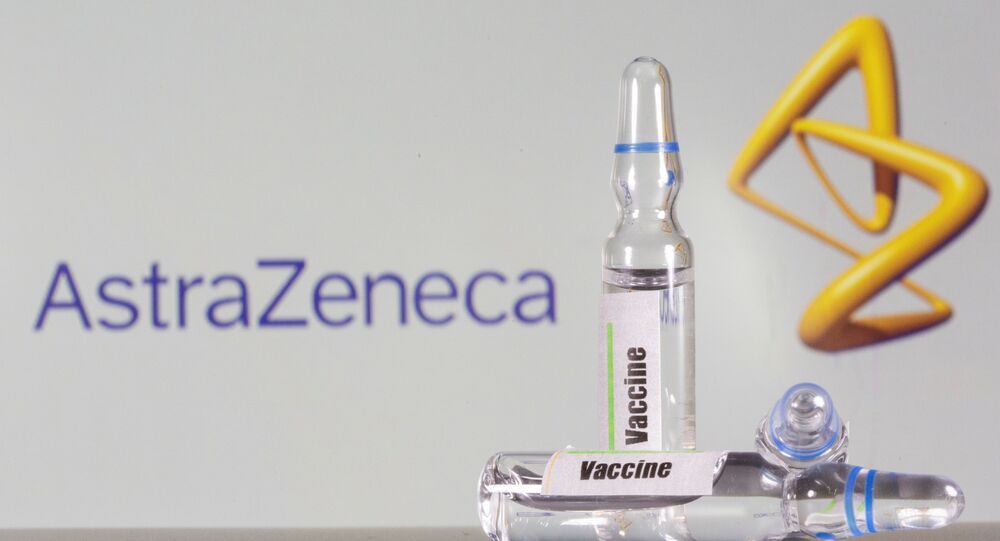 Despite pressure to carry out further studies after two cases of serious illness, British-Swedish pharmaceutical company AstraZeneca has already resumed trials of its COVID-19 vaccine in Britain, Brazil, India, and South Africa, although the tests are still on hold in the US amid concerns from the National Institutes of Health.

As US health authorities show reluctance to allow pharmaceutical company AstraZeneca to resume clinical trials of its coronavirus vaccine, a plethora of questions remain unanswered regarding the neurological illnesses reportedly suffered by study participants after they received injections of the experimental vaccine.

Earlier in September AstraZeneca and its partner, the University of Oxford, announced two neurological illnesses registered by the volunteers in their tests.

They subsequently offered various accounts of the sick trial subjects which, instead of allaying concerns, seemed to generate more questions.

The first study participant reportedly developed an illness in July. However, the details of the condition were only revealed on 9 September.

According to CNN, AstraZeneca informed the outlet in an email that the patient was found to have "an undiagnosed case of multiple sclerosis".

The study then went on a "brief trial pause in July while a safety review took place." Subsequently, an independent panel concluded that the condition was "unrelated to the vaccine”.

An earlier version of a participant information sheet, dated 12 July and filed with the ISRCTN, a primary clinical trial registry recognised by the World Health Organisation, listed a different neurological condition, says CNN.

According to the registry, the volunteer in the trial "developed symptoms of transverse myelitis (inflammation of the spinal cord)".

It is impossible to determine whether this is the same volunteer as the one described in the document dated the month of July.

On 8 September the drug firm announced that a volunteer's illness in the UK had resulted in a pause in the trial, originally referring to the case as an "unexplained illness".

As the investigation was launched, the vaccine trial was put on hold worldwide.

Four days later, it was announced the trial had resumed in the United Kingdom, with the university saying safety data was reviewed by an "independent safety review committee and UK regulator, the Medicines and Healthcare products Regulatory Agency (MHRA)".

© REUTERS / AAP Image/Dan Himbrechts
A chemist works at AstraZeneca's headquarters, after Prime Minister Scott Morrison announced Australians will be among the first in the world to receive a coronavirus disease (COVID-19) vaccine, if it proves successful, through an agreement between the government and UK-based drug company AstraZeneca, in Sydney, Australia, August 19, 2020

On 17 September an internal AstraZeneca document, labeled "initial report", is said to have stated that a previously healthy female volunteer, 37, had suffered transverse myelitis.

The most recent Oxford participant sheet says the volunteers' illnesses underwent "independent review", and were found to be "either considered unlikely to be associated with the vaccine or there was insufficient evidence to say for certain that the illnesses were or were not related to the vaccine".

No detailed explanation is offered as to how the conclusion was made.

Experts have weighed in on the seemingly contradictory statements from AstraZeneca and Oxford pertaining to the vaccine trial volunteers’ conditions.

"Those are very different statements… Their information should be consistent, and when it's not consistent, that raises questions," Dr. Harlan Krumholz, a professor at the Yale School of Medicine, was cited by CNN as saying.

The specifics pertaining to the nature of the participants' neurological illnesses matter, claim scientists.
If the two volunteers had similar conditions, that would potentially lead to speculations that the vaccine might be to blame.

However, if their conditions differed, the effect of the vaccine might be ruled out and the conditions categorised as random.

The fact that information posted on Oxford's website said that both participants of the vaccine trials suffered neurological illnesses was pronounced to be particularly concerning by immunologist Mark Slifka.

"That's why this is so shocking to me - these are both neurological diseases, and that by itself is a red flag," said Slifka, a professor at the Oregon Health & Science University.

The US leading infectious disease expert Dr. Anthony Fauci was quoted as saying on 21 September that AstraZeneca and Oxford should carefully observe other volunteers who might develop similar symptoms.

Spokesmen for the University of Oxford and AstraZeneca declined to answer specific questions about varying accounts of the participants' illnesses.