'Good, Strong Look': Trump Doubles Down on Intention to Look Into UFOs 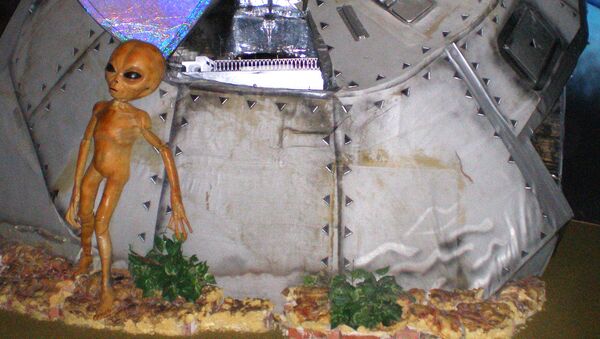 Daria Bedenko
All materialsWrite to the author
This is not the first time that the US president has teased with hints of his knowledge of UFO-related secrets. Earlier, he mentioned that he could declassify information on the 1947 Roswell incident.

US President Donald Trump, during a Sunday interview to Maria Bartimoro on her show "Sunday Morning Futures", said that he would "take a good, strong look" into the possibility of the existence of UFOs.

"I'm going to have to check on that", Trump said, responding to Bartimoro's question on the reports that Pentagon established a task force on UFO sightings. "I mean, I have heard that. I heard that two days ago. So, I will check on that. I will take a good, strong look at that".

He elaborated on creating a hitherto unknown kind of a military unit.

"But I will tell you this. We now have created a military the likes of which we have never had before, in terms of equipment, the equipment that we have, the weapons that we have", Trump offered.

BARTIROMO: "Mr President, are there UFOs?"

TRUMP: "Well, I'm gonna have to check on that ... I will tell you this, we have now created a military the likes of which we've never had before, in terms of equipment." #wut pic.twitter.com/JqecgqE7FQ

​Trump has been increasingly teasing on UFOs recently, hinting earlier in the year that he might think about the declassification of information on the 1947 Roswell incident - an accident believed by some to be the crash and subsequent recovery of a UFO object of potentially alien origin.

The hype around the aliens has also ramped up after three videos were released by the US Navy showing what is suggested to be footage of encounters between Navy aircraft and UFOs, with the Pentagon confirming the authenticity of the releases, while noting that the videos were never intended to be made public.

As whispers circulated about mysterious life in space, reports emerged in August, suggesting that the Pentagon had created a task force to investigate UFO sightings.