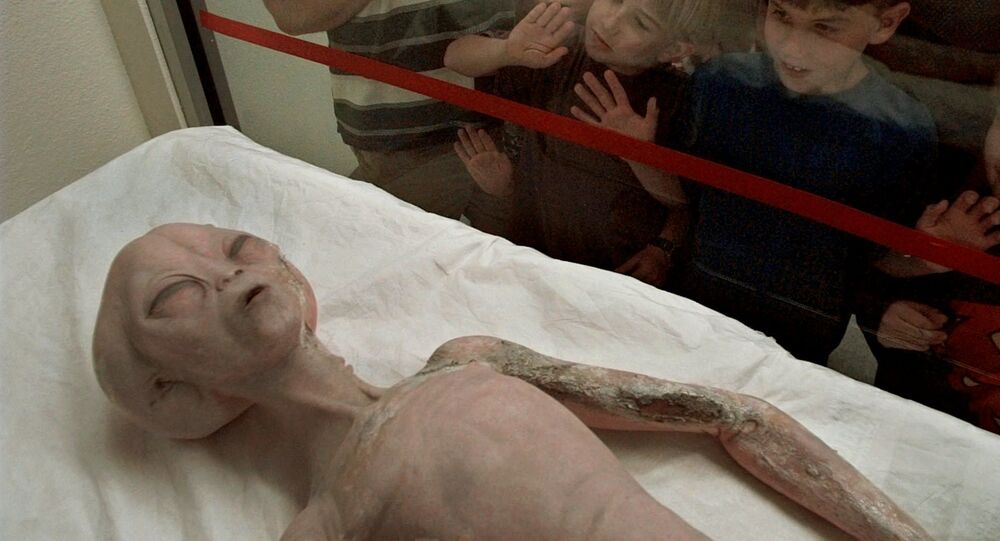 'It's Very Interesting': Trump Teases He Will 'Think About' Declassifying Info on Aliens

The question of whether alien-encounter incidents from the 20th century were real keeps many people awake at night, with the 1947 Roswell matter one of the more intriguing stories. An alleged UFO crashed in Roswell, New Mexico, later said to be a weather balloon. POTUS, however, acts as if he seems to know more on the matter.

During an interview with one of his sons, when asked about the possibility of declassifying information on the Roswell "alien" incident, US President Donald Trump said that he "will have to think about it". POTUS observed that there are "millions and millions of people" interested in the issue of extraterrestrial intelligence. Trump asserted that he could not elaborate on "what I know about it", and teased that "Roswell's a very interesting place".

The Roswell incident dates to 1947, when a United States Army Air Forces balloon crashed at a ranch near Roswell, New Mexico, with witnesses immediately suggesting that they had seen a strange "flying disc" that was a UFO object. The US military later stated that it was a weather balloon. The story sparked again in the 1970s, when so-called ufologists began to promote conspiracies alleging that it was an alien spacecraft crash that resulted in the US taking its extraterrestrial pilot into custody.

More recently, the desire to know the details about whether there really is an alian spacecraft has been fueled by videos that went viral on social media showing encounters between US Navy aircraft and UFOs. The videos were later confirmed by Navy officials to be genuine although they were never intended to be made public.

“The Navy designates the objects contained in these videos as unidentified aerial phenomena", Navy’s Deputy Chief of Naval Operations for Information Warfare spokesman Joseph Gradisher said, commenting on the videos.

Locusts and Dinosaurs and Aliens, Oh My! India Spots Second ‘UFO’ in a Week