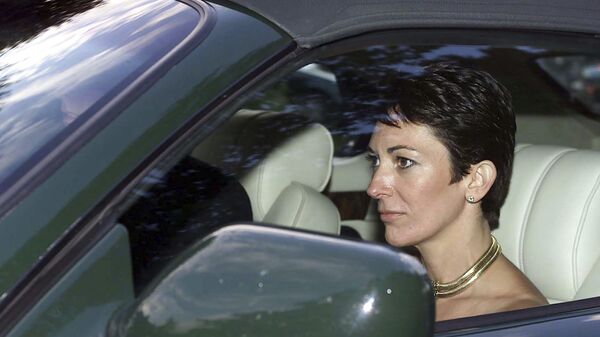 Aleksandra Serebriakova
Moscow-based Sputnik correspondent specializing in foreign affairs.
All materialsWrite to the author
British socialite and former girlfriend of the late sex offender Jeffrey Epstein, Ghislaine Maxwell, is facing up to 35 years in prison for grooming and sex trafficking underage girls back in 1994-97. She is also accused of lying about these alleged crimes two decades afterwards.

Several years before she was arrested in her New Hampshire home this summer for recruiting underage girls for sexual abuse, Ghislaine Maxwell took part in an anti-sex trafficking fundraiser held in New York in 2013, according to pictures shared by the Sun.

​The event, hosted by French fashion designer Catherine Malandrino in her Manhattan store, was attended by then French Ambassador to the US François Delattre and the founder of humanitarian organization Stop the Trafficking of People (Stop) Celhia de Lavarene.

During the fundraiser, then ambassador Delattre made a speech about the importance of helping young girls avoid rape and other abuses by opening rescue centres in a number of countries, recalls Celhia. 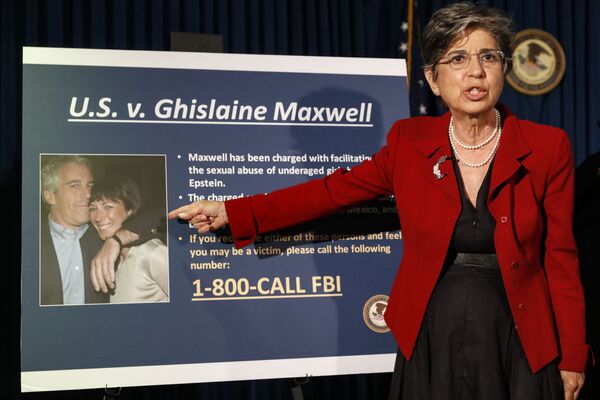 Commenting on Maxwell’s participation in the event, as the publishing heiress was pictured all in white while smiling next to Delattre, Celhia said that the she is not particularly astonished that the accused sex trafficker was there.

“She’s got some nerve. But I am not surprised,” the anti-sexual abuse campaigner said.

“I’ve come to realise that these people need to appear to be doing good and make people believe it,” Celhia added.

Her organisation is devoted to fighting the traffic of humans for sexual exploitation and abuse.

Maxwell is currently in a Brooklyn prison facing six criminal charges – four in relation to enticing and transporting underage girls for future sexual abuse carried out by her associate Jeffrey Epstein back in 1990s, and two counts of perjury which date back to 2016, when she was giving depositions to a New York court about her conduct. Each allegation carries a sentence of five years, apart from the sex trafficking of minors with the intent of criminal sexual activity charge, which carries a charge of up to 10 years.

The 58-year-old socialite has denied all accusations, but if found guilty she faces up to 35 years in prison.

Earlier some of the alleged victims of the couple’s "massage parlour" stated that Maxwell also took part in sexual abuses, and was actually “the real monster” and even “mastermind” behind Epstein’s sex trafficking ring.

Epstein died in prison in August 2019 while awaiting trial on sex trafficking charges. His death, which has been ruled a suicide, caused many speculations back then due to the financier’s association with a number of powerful families around the world, including British royal Prince Andrew, the Clintons and the Trumps.