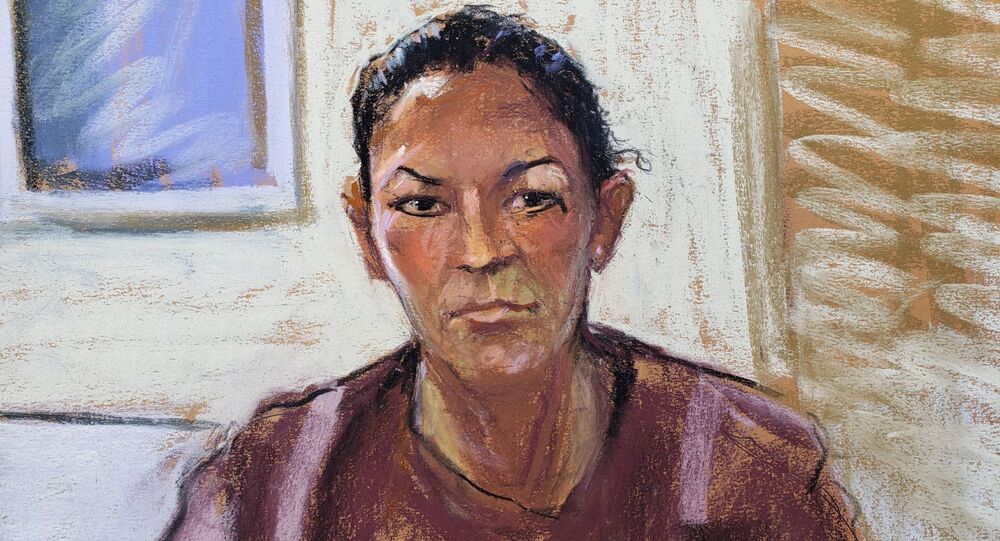 British publishing heiress Ghislaine Maxwell is facing up to 35 years in prison for grooming minors for her close associate Jeffrey Epstein back in the 1990s. She has also been accused of taking part in the sexual abuse of minors herself.

Jeffrey Epstein’s purported sex victim Haley Robson shared her feelings about the arrest of Ghislaine Maxwell during her online appearance on The Dr. Oz show.

According to Robson, 34, she was less glad when learning about Epstein’s death, who is believed to have killed himself in prison cell in August 2019, than about Maxwell’s incarceration.

“I do feel that I am happier that she’s been arrested, more so than Jeffrey [Epstein] being dead. More so because it’s very unusual to see a woman that, if indeed all the accusations are correct, which I believe they are, and I’ve heard a lot of other victims' testimonies, which are very sad, and it breaks my heart,” she told the programme’s host Mehmet Oz.

“I mean I am a victim and this woman - to have her help a male pedophile, rape and molest and groom little girls - it’s just unusual to see a woman portray this position, especially when it comes to kids.”

Robinson is said to have been recruited to work as Epstein’s nearly-naked masseur by her friend when she was just 16. However, according to a deposition from a 2009 civil suit cited by the New York Post, Robson then herself moved to help infamous financier Jeffrey Epstein recruit new sex “slaves” after rejecting his sexual advances.

During the programme, the woman said that overall she had invited eight other girls to work for Epstein’s estate, although she had herself expected that this number would be higher before going over all the names with her lawyer. According to Robinson, many of her girlfriends were begging her to take them with her to work for the financier, apparently despite the reputation of his “paedophile island”.

“Of course, at that point, the girls that I had brought to Jeffrey Epstein’s house brought other girls underneath them to Jeffrey’s house as well,” she said during the show.

Ghislaine Maxwell, once a top British socialite with high-profile connections to the world’s most powerful figures, is currently spending time in a Brooklyn prison, facing charges on six federal crimes, including sex trafficking, enticement of minors, perjury during her previous testimonies and even sexual abuse.

She was arrested in July and so far has pleaded not guilty to all the charges, despite a number of Jeffrey Epstein’s alleged sex victims claiming that it was Maxwell who had groomed them to “fulfil” the late financier’s “compulsive need for sex with young females”.