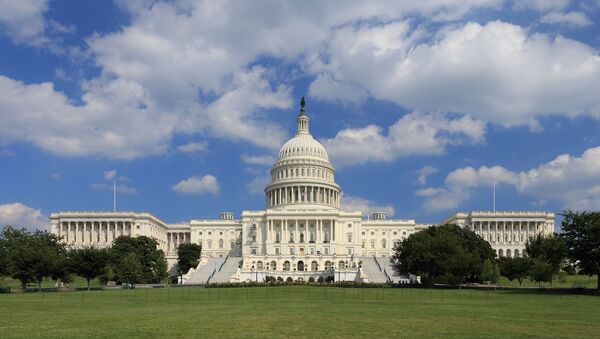 WASHINGTON (Sputnik) - Democrats in the US House of Representatives on Friday introduced a bill to establish a panel that would decide whether a US president may be declared incapacitated in case he is unable to make that determination himself.

US House Speaker Nancy Pelosi said during a press conference after the bill was introduced that the measure seeks to create a process for future Presidents and is not about President Donald Trump, who is recovering after he contracted the novel coronavirus last week. Trump has said he feels very well after receiving a comprehensive treatment and is going about his duties as usual.

"Congress has a constitutional duty to layout the process by which the President’s incapacity... is determined. This bill honours the duty by creating a standing commission of top former executive officials and medical experts selected in a bipartisan, bicameral way", Pelosi said.

The US House Speaker noted that a president’s fitness for office must be determined by science and facts.

US Congressman Jamie Raskin said during the press conference that the bill seeks to establish a 16-member commission that could act in the event of an emergency in which the president is unable to transfer powers because of being incapacitated.

"Eight members are chosen - half by Republican leaders and half by Democratic leaders - from medical personnel, physicians and other medical authorities. The other eight members are drawn from the ranks of former high-ranking executive branch officers, including former presidents, vice presidents, attorneys general, secretaries of defense, treasury and state and surgeons general", Raskin said.

The Congressman explained the procedure to transfer the powers of the US President would require a bicameral vote with a mandatory two-thirds majority, close cooperation with Vice President as a successor and take into account possible objections on the part of the latter.