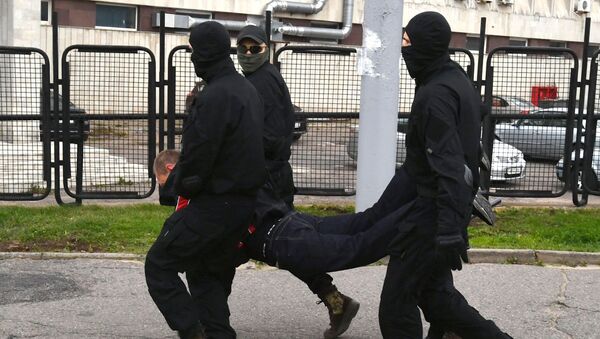 MINSK (Sputnik) - The number of people detained at protests across Belarus this Sunday has approached 200 in total, Interior Ministry spokeswoman Olga Chemodanova said.

"According to updated information, the number of detainees has approached 200," Chemodanova said.

A list of detained individuals posted on the website of the Viasna human rights centre shows that detentions have taken place in many cities in Belarus, including Minsk, Grodno, Mogilev, Vitebsk and others.

This past Wednesday, Lukashenko held a clandestine inauguration ceremony, which then reignited the protests.