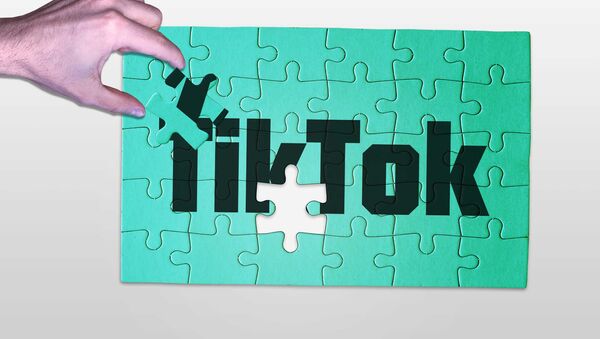 CC BY-SA 2.0 / Christoph Scholz / TikTok-als-Puzzle
Subscribe
International
India
Africa
Max Gorbachev
All materialsWrite to the author
The Trump administration said it would bar people in the United States from downloading or updating TikTok starting from Sunday. However, after news about a potential deal broke out, the US Commerce Department delayed the planned block until 27 September.

Chinese company ByteDance, the owner of TikTok, is seeking $60 billion for the video-sharing application as it is working to finalise an agreement with the US companies Oracle and Walmart, BNN Bloomberg reported, citing an unnamed person familiar with the matter. The sides have not negotiated the valuation price, but according to BNN Bloomberg, Oracle and Walmart would pay a combined $12 billion for their stakes in the deal if the companies agree to the asking price.

What’s in the deal?

Under the agreement, a new company dubbed TikTok Global would be established and headquartered in the United States. It would be run by a majority of American directors and would also have a US chief executive and a security expert on the board. ByteDance has reportedly agreed to security safeguards on the data of American users. The data would be stored by Oracle, which would we able to review the app’s source code and updates in order to make sure that there is no backdoor.

President Trump said TikTok Global would be "totally controlled by Oracle and Walmart". However, on 19 September, when announcing the deal with ByteDance, the two companies said they were investing to acquire a combined 20 percent stake in the newly formed company, which means that ByteDance could end up with 80 percent of TikTok Global.

Thus, the potential deal, which has yet to be approved by the Chinese government, falls short of Trump’s initial demand and the executive order he signed in August, which required ByteDance to sell its US arm of TikTok.

Despite this, Trump gave his "blessing" to the deal, which would also create 25,000 new jobs in the United States and $5 billion in tax revenue for the country.

Like another Chinese company, Huawei, TikTok has been caught in the middle of a political standoff between the United States and China. Donald Trump and other senior government officials have claimed that TikTok is spying on its users at the behest of the Chinese government and providing data on its users to the country’s intelligence services, a claim that both Beijing and the company have categorically denied.

The Trump administration had planned to bar US citizens from downloading and updating TikTok starting from Sunday, however, following the news of the potential deal with Oracle and Walmart, the Commerce Department postponed the block until 27 September. WeChat, a Chinese-owned messaging app, should have also been banned starting from 20 September, but a US judge blocked the order issued by the Commerce Department.

On 15 August, Trump signed an executive order giving ByteDance 90 days to find a US buyer or face a complete ban in the United States. TikTok and its owner have since filed two lawsuits against the Trump administration.