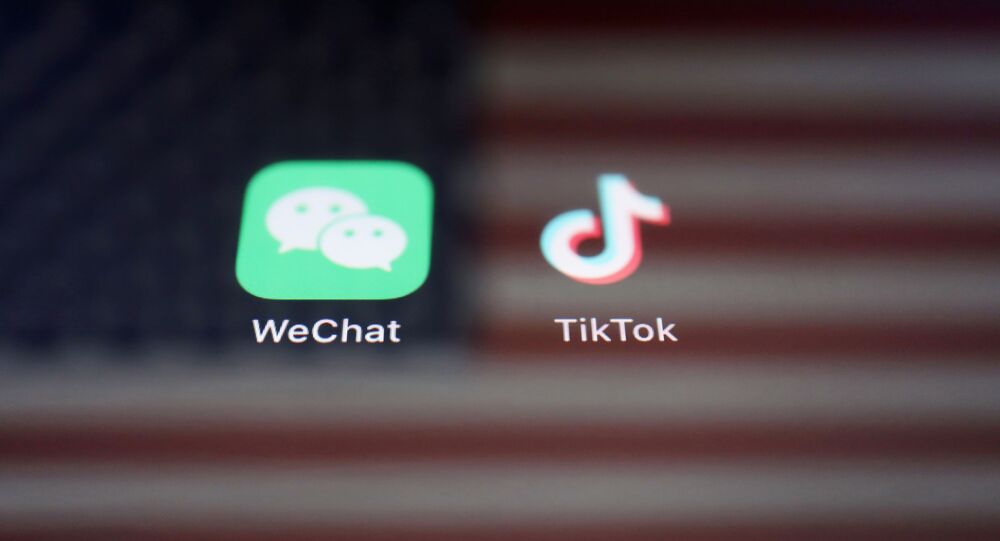 US President Donald Trump has accused the Chinese video-sharing platform TikTok and the WeChat messenger of being tools of the governing Chinese Communist Party and that American users could have their personal data stolen.

"Without a stay, at least on this record, a ban of WeChat eliminates all meaningful access to communication in the plaintiffs’ community. The public interest favours the protection of the plaintiffs’ constitutional rights", the court ruling that was published online read.

Judge Beeler stated that there were alternatives to a blanket ban, such as banning downloads of WeChat on government devices and taking other steps to address data security concerns, according to the order.

A group of plaintiffs claiming to be US-based WeChat users brought the case to court, saying that an executive order issued by US President Donald Trump blocking downloads of the application impinged on their constitutional rights to free speech.

For weeks, the Chinese video-sharing platform TikTok and several US companies, including Microsoft and Walmart, have been trying to work out a partnership that would satisfy the Trump administration’s concerns on preserving the data of Americans using Chinese media applications.

In August, Donald Trump threatened to ban TikTok and WeChat by 15 September if they are not bought by a US company. The US president claimed that the social media apps are tools of the Chinese Communist Party, which, as Washington maintains, is bent on stealing the personal data of American users.

© AP Photo / Mark Schiefelbein
TikTok, WeChat Downloads Rise Ahead of Sunday's Ban
This prompted a lawsuit from TikTok challenging a ban on the application in the United States, saying that it had no choice but to protect its rights against US President Donald Trump’s executive order and allegations that it was a national security threat. The company stated that the US administration’s move was made without any prior outreach to the application that would have given it a chance to respond to the accusations, thus violating the US Constitution and the firm's right to due process.

WeChat is a Chinese chat application developed by Tencent that enables its users to stay in touch via video and voice calls, videos, photographs, stickers, and texts. It also supports multiple so-called mini-programmes, basically, apps within the app, which allow it to be used for various other purposes beyond messaging.

TikTok is an app for uploading and watching short videos, developed by ByteDance. The app is in the leading position in the segment in China and is currently gaining more popularity around the world.