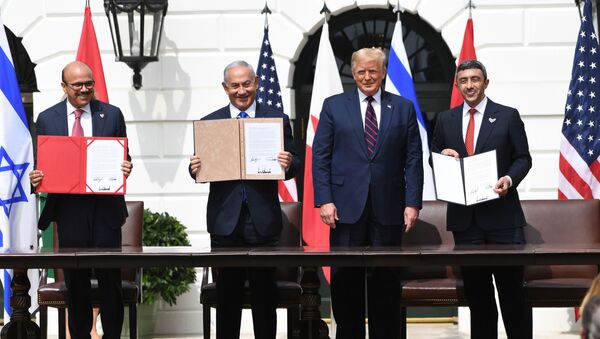 MOSCOW (Sputnik) - Russia hopes that the United Arab Emirates' and Bahrain's normalisation deals with Israel will promote regional stability and will not affect the settlement of the Israeli-Palestinian conflict, Deputy Foreign Minister Mikhail Bogdanov said on Wednesday.

"If this results in comprehensive peace in the Middle East and the solution of all the problems, including the Palestinian problem, of course, we welcome this," Bogdanov said.

According to the diplomat, Russia has been "assured that both Bahrain and the UAE are committed to the Arab peace initiative and the solution of the Palestinian problem under the 'two states for two peoples' principle."

"We hope this will be the case," Bogdanov added.

Russia will be able to assess the deals only after some time passes and new developments emerge, the deputy foreign minister added.

"On the one hand, this is a sovereign decision. On the other hand, it should not affect the settlement of the Palestinian-Israeli conflict," Bogdanov explained.