Russia Plans to Supply Up to 100Mln Doses of COVID-19 Vaccine to Latin America, Official Says 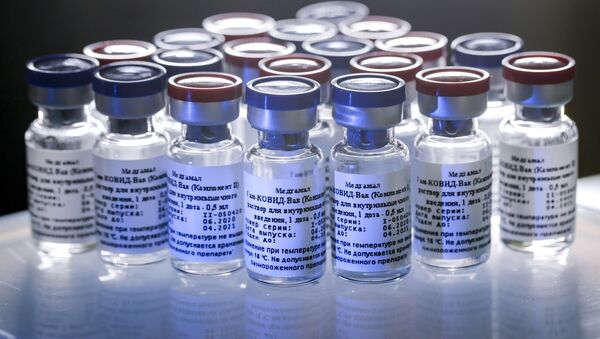 MOSCOW (Sputnik) - The Russian Direct Investment Fund, one of the entities behind the Russian coronavirus vaccine Sputnik V, plans to supply up to 100 million doses of the vaccine to various countries across Latin America, the company's chief executive officer, Kirill Dmitriev, said on Thursday.

"As you know, yesterday we agreed about supplying 32 million doses to Mexico. In the nearest future, perhaps tomorrow, we are going to announce the supply of up to 100 million doses in other Latin American countries," Dmitriev said.

"On Phase 1 and Phase 2, our vaccine has demonstrated 100 percent efficiency, the absence of side effects. It also helped to form short-term as well as long-term immunity," Dmitriev added.

On 11 August, Russia became the first country in the world to register a vaccine against the coronavirus, named Sputnik V and developed by the Gamaleya Research Institute of Epidemiology and Microbiology. and produced jointly with the RDIF.

RDIF CEO Kirill Dmitriev said the fund had received applications from over 20 countries for the purchase of a billion doses of the Russian coronavirus vaccine. He said Russia had agreed on the production of the vaccine in five countries.

The vaccine is currently undergoing phase 3 of clinical trials.