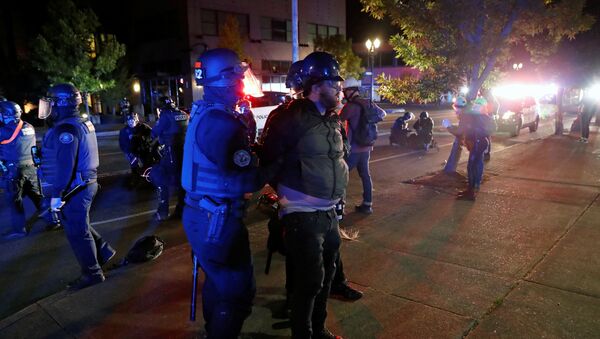 Evgeny Mikhaylov
All materialsWrite to the author
The situation in Portland escalated after the shooting, which happened as two mass rallies occurred in the city simultaneously, with numerous clashes between BLM protesters and Trump supporters.

Michael Forest Reinoehl, who previously admitted to killing Patriot Prayer supporter Aaron J. Danielson during protests in Portland, has been killed by law enforcement officers, The New York Times reported. According to the newspaper, a judge in Multnomah County authorised a warrant for Reinoehl's arrest Thursday on a charge of murder, but when officers arrived to arrest him, a shootout occurred.

The incident was reported as President Donald Trump urged police to arrest the suspect on his Twitter account.

Why aren’t the Portland Police ARRESTING the cold blooded killer of Aaron “Jay” Danielson. Do your job, and do it fast. Everybody knows who this thug is. No wonder Portland is going to hell! @TheJusticeDept @FBI

​Reinoehl, who had not been arrested or publicly identified as a suspect in the case, gave an interview to journalist Donovan Farley earlier this week, acknowledging that he shot Danielson. He said that his friend had a standoff with a man holding a knife and that he considered the shooting to be an act of self-defence. 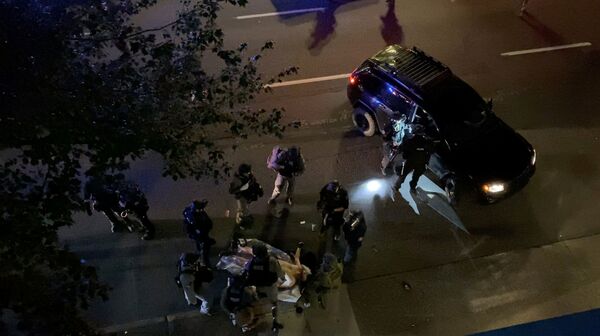 SENSITIVE MATERIAL. THIS IMAGE MAY OFFEND OR DISTURB Medics and police personnel surround the victim of a shooting in Portland, Oregon, U.S. August 29, 2020, in this still image obtained from a social media video. Courtesy of Sergio Olmos/Social Media via REUTERS. ATTENTION EDITORS - THIS IMAGE HAS BEEN SUPPLIED BY A THIRD PARTY. MANDATORY CREDIT SERGIO OLMOS. NO RESALES. NO ARCHIVES.
© SERGIO OLMOS

Reinoehl, who attended the protests and said on his Instagram he was "100% Antifa", has had several run-ins with the police. In June, he was charged with driving under the influence, unlawful possession of a firearm, and later he was accused of resisting arrest.

Violent protests, attacks on police, and federal government facilities have been going on in Portland for more than three months, since the death of George Floyd in Minneapolis police custody.