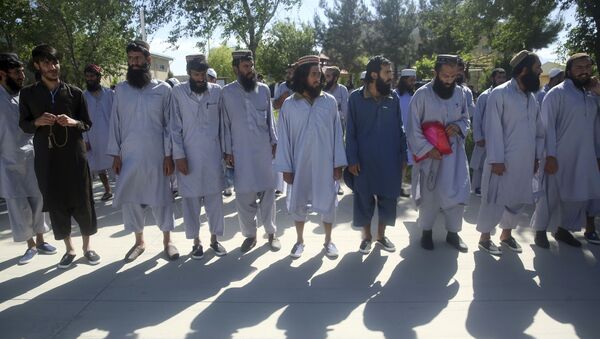 KABUL (Sputnik) - The Afghan government will free all remaining Taliban prisoners later on Wednesday, and the government delegation is scheduled to leave for intra-Afghan talks in Doha tonight or Thursday, Fraidoon Khawzoon, the spokesman for the Abdullah Abdullah, the chairman of the High Council for National Reconciliation, said.

However, a security source tells Sputnik that the government will free all Taliban prisoners except the ones whose release is opposed by France and Australia. The two countries object to the release of Taliban members suspected of deadly attacks against their citizens.

Abdullah said last week that the talks would begin in the first week of September, but the Taliban radical movement did not back this.  The release of prisoners on both sides is a pre-condition for peace talks, which was initially agreed by the Taliban and the United States in February.