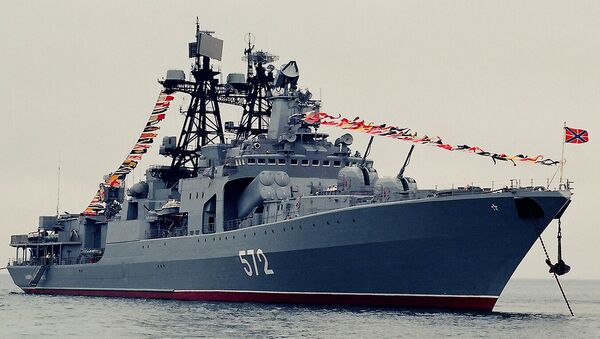 "Today, in accordance with the long voyage plan, a detachment of the Pacific Fleet warships consisting of the large anti-submarine ships Admiral Tributs and Admiral Vinogradov, and large sea tanker Boris Butoma arrived on a business call at the port of Hambantota on the southern coast of Sri Lanka," Nikolai Voskresensky said.

According to the spokesman, the warships are set to replenish water and fuel supplies.

The detachment left Vladivostok on 1 August for the long voyage aimed at carrying out missions in the Asia-Pacific region for more than two months.