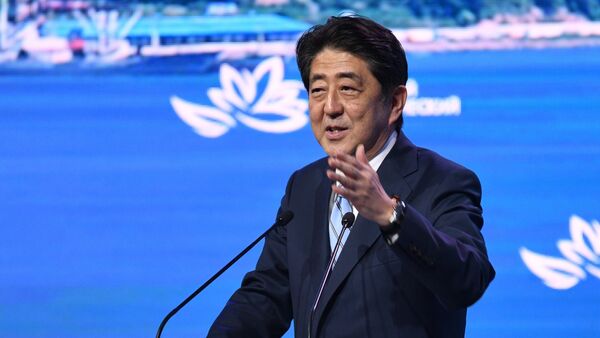 © Sputnik / Grigoriy Sisoev
/
Go to the photo bank
Subscribe
Lilia Dergacheva
All materialsWrite to the author
Although some time still has to pass to come up with a sober assessment of how efficiently Shinzo Abe has used his political resources, one thing is certain - his tenure, like any other leader’s, has been marked by both ups and downs.

Japanese Prime Minister Shinzo Abe has announced he is stepping down from his post dues to recurring health issues, days after he became the longest-serving post-war PM in terms of consecutive days in the role after his great-uncle, Eisaku Sato's record of 2,798 days in the 1970s.

The announcement follows almost two months of silence, as Abe kept a low profile without holding any pressers for nearly 50 days between mid-June and early August despite calls for him to report on the country's battle with the raging coronavirus pandemic.

The 65-year-old politician has been at the helm of Japanese politics since December 2012, when his second term as prime minister kicked off, after a several-year break following his abrupt resignation for health reasons in 2007.

In hindsight, Abe's tenure has been productive in terms of domestic and international policies.

Most importantly, Abe initiated his so-called Abenomics - an economic strategy that includes a combination of quantitative easing, enhanced government spending and hence fiscal stimuli, as well as structural reforms, which are believed to have been disregarded during Abe's tenure.

The policies gained momentum when first introduced, until two controversial consumption tax increases were adopted in 2014 and 2019, undermining Abenomics due to insufficient commitment to structural reforms.

Economic woes were further enhanced by US President Donald Trump's protectionist policies and his trade war with China. Both have negatively impacted Japanese businesses, with a further blow inflicted by the corona economic crunch, currently leaving the Japanese economy barely better off than when Abe took office.

International Arena: From Failed Talks With Russia to Boosting Institutional Ties With US

When he returned to power in 2012, Abe inherited an overwhelmingly damaged Sino-Japanese relationship in the wake of the Democratic Party of Japan-led government's nationalisation of the Senkaku Islands. Abe managed to resuscitate bilateral ties to a functional, albeit highly contentious, relationship, culminating in a state visit by President Xi Jinping, planned for this spring but postponed due to the COVID-19 lockdown.

Abe's diplomatic aspirations have centered around the so-called "fifth political document", a paper that was to set out the nature of Japan-China relations for the next few years. Yet, the COVID-19 epidemic, increasing skepticism among Japanese citizens and the country's conservative policymakers toward China, coupled with the snowballing US-China tensions are likely going to make it difficult to arrive at such a full-fledged document. 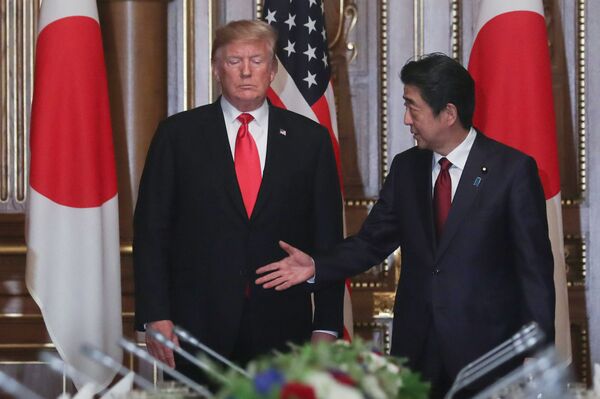 Abe has been increasingly turning his attention to allies, predominantly the US and security cooperation with them. In particular, 2015 saw security legislation that changed the government's longstanding interpretation of the war-renouncing Article 9 of the Constitution, and paved the way for Japan to enter collective self-defence with its allies.

A focus on Japan's security alliance with the United States came as part of the said security measures – with Abe credited with effectively upholding a constructive relationship with the US and President Trump, despite the Japanese PM failing to keep Washington in the Trans-Pacific Partnership.

As Trump pulled out of the promising TPP, slapped tariffs on Japanese steel and aluminium as well as kickstarted a trade war with China, Abe has prioritised the bolstering of American-Japanese institutional ties for them to remain unfractured in the event of crises. 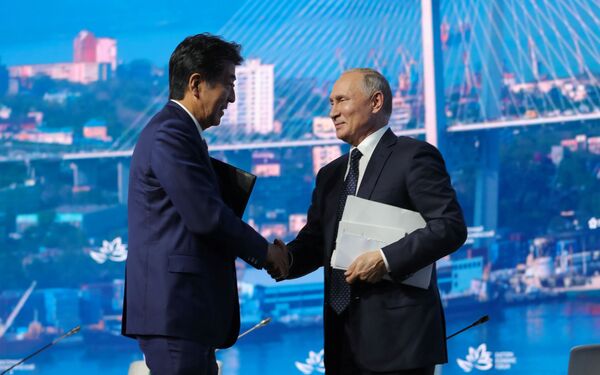 Meanwhile, Abe's pursuit of a breakthrough in Japan's longstanding territorial dispute with Russia over islands off Hokkaido occupied by Soviet troops at the end of World War II has enjoyed little headway, despite Abe's one-on-one talks with President Vladimir Putin.

According to a recent Kyodo News opinion poll, the approval rating for Abe's Cabinet, which stood at 62 percent at the start of his second stint, tumbled in August (to a little over 35 percent), amid common discontent about the Abe team's handling of the coronavirus epidemic and Abenomics, considered to have failed to reconcile with structural achievements.