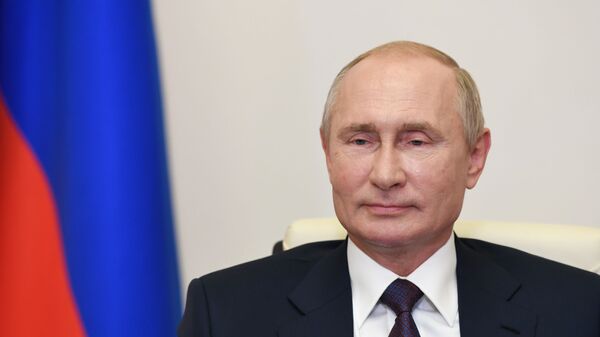 Tim Korso
All materials
In his interview, the president addressed a number of issues that have emerged or developed both within and outside the country over the last couple of months.

Russian President Vladimir Putin touched upon a variety of issues in a big interview with the broadcaster Rossiya 24, ranging from the coronavirus pandemic and a possible second wave of the virus, the country's economy, a new vaccine against COVID-19, and protests in Belarus.

Here are the key issues the president addressed during this interview:

President Putin said that Russia is following the unfolding events in Belarus and expressed hope that a sane, non-radical solution will be found to end the protests there. Putin added that in his opinion people took to the streets for a reason and Minsk should take that into consideration and react, noting that President Lukashenko had already assumed constitutional reforms might be made resulting in new elections. 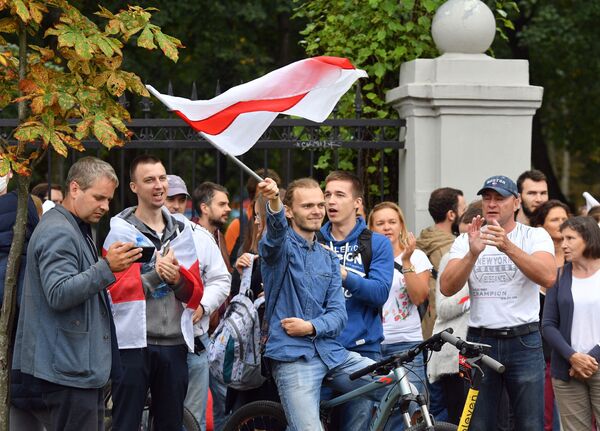 Putin shared that Moscow and Minsk have reached an agreement that the Kremlin will provide law enforcements reserves in accordance with Russia's obligations in the defence sphere should the situation in Belarus begin to spiral out of control. Yet, the president again expressed hope that the demonstrations would stay peaceful and this measure won't be necessary.

"If we take an unbiased look at the situation, I think that [Belarus'] law enforcement act in a restrained manner, no matter what", the president opined.

At the same time, the Russian president condemned the way foreign countries, especially European nations and the US, are responding to the events in Belarus, adding that Moscow is showing far greater restraint in this aspect than the West. Putin went on to point out the "selective nature" of foreign nations' evaluations of the actions of the authorities and opposition in Belarus, stressing that the very same nations failed to condemn far greater violence in their own cities. The Russian president continued, suggesting that such selectiveness indicates the willingness of these states, which he didn't name, to influence the domestic affairs of Belarus.

Putin didn't overlook the issue of the coronavirus pandemic and a possible second wave of the virus, anticipated by some health experts. The president said he hopes that there will be no second wave, neither in Russia, nor in Europe, nor anywhere else in the world. 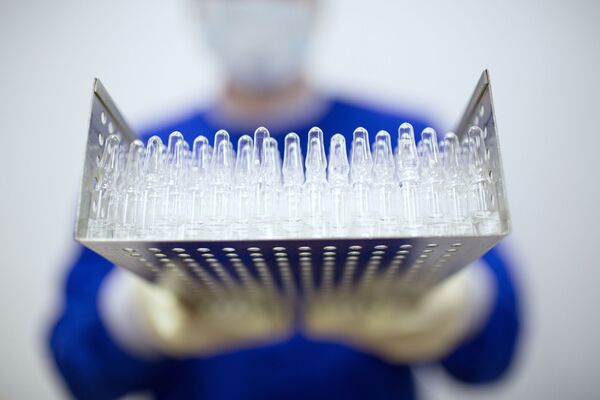 Production of "Gam-COVID-Vac" vaccine against the coronavirus disease (COVID-19), developed by the Gamaleya National Research Institute of Epidemiology and Microbiology and the Russian Direct Investment Fund (RDIF), at Binnopharm pharmaceutical company in Zelenograd near Moscow, Russia
© Photo : Press service of AFK "Sistema"
/
Go to the photo bank

The president went on to praise the way the Russian authorities handled the pandemic. He stressed that their timely and decisive moves not only helped to keep the death rate to a minimum, but also limited the impact of the pandemic and lockdown on the Russian economy. Putin shared that the latter is expected to contract by 5 to 6 percent this year due to the government's actions, adding that hopefully, the worst is already behind the nation.

Still, the president called on the Russian citizens to continue to adhere to the recommendations of the epidemiologists in order to prevent the spread of the coronavirus. He opined that the greater is the discipline in this kind of things the sooner everyone will be able to return to normal life.

President Putin used his interview with the Rossiya 24 network to announce that a second coronavirus vaccine, developed by the Russian scientific centre Vector, will be registered in the country in September. The president added that the new drug is expected compete with the earlier registered  Sputnik V, as he expects both of them to be equally safe and effective.

When asked about his daughter, who tested Sputnik V on herself, Putin confirmed that she feels well and that her body successfully developed immunity to COVID-19. The president added that she had volunteered to test the drug without consulting with him, as she works with people a lot, often in person, and needed the protection the vaccine provides. Putin also dismissed the allegations of Sputnik V being undertested, saying that the drug was registered in accordance with all requirements of Russian law, as well as international practices.