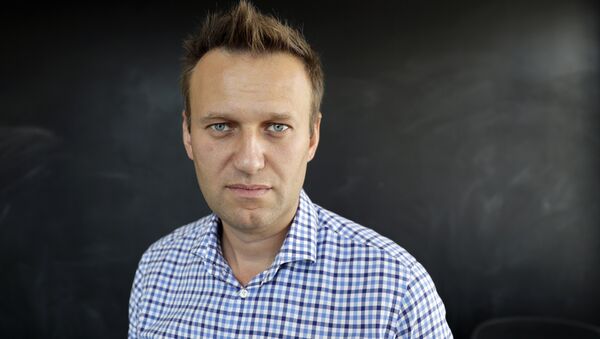 BERLIN (Sputnik) - Russian opposition blogger Alexei Navalny has been taken to the Charite Hospital in Berlin for treatment, a Sputnik correspondent reported.

Several ambulances, accompanied by police and Berlin fire service vehicles, arrived at the clinic in central Berlin at around 08:30 a.m. GMT and Navalny was taken inside on a stretcher.

"The Charite Berlin hospital confirms the admission of Alexey Navalny for treatment. As of now, a thorough medical examination is being carried out, upon completion of research and discussion with the family, the attending physicians will make a public statement about the disease and further steps for treatment", the hospital wrote on Twitter.

​Navalny was on a flight from the Siberian city of Tomsk to Moscow on Thursday when he became gravely ill. The plane made an emergency landing in Omsk, where Navalny was hospitalised and fell into a coma.

"The main thing at the moment is that he has endured the flight well and is in a stable condition, he is in a very critical condition, but it has not worsened due to the flight. That is what's most important. At the moment, a medical consultation is underway to determine what measures need to be taken", founder of the Berlin-based Cinema for Peace Foundation Jaka Bizilj told reporters.

He was later put on a ventilator. His associates believe that the politician was poisoned, most likely after drinking a cup of tea at the airport in Tomsk. However, doctors consider a metabolic dysfunction and a plunge in sugar levels to be the main diagnosis.

On Friday, Omsk doctors greenlighted Navalny's transportation to Germany for treatment. The Berlin-based Cinema for Peace Foundation sent a plane with a team of medical professionals to Omsk in an effort to move Navalny to the Berlin hospital.