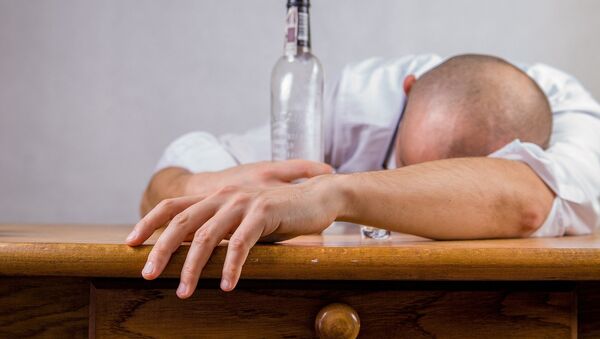 Researchers admit that such applications could be used to tell authorities or other third parties when you have been drinking.

Are you worried that your mobile phone apps are giving away too much about your habits? US university researchers have found a way to use smartphones to tell if you’re drunk.

A team at the University of Pittsburgh in Pennsylvania used the accelerometers in smartphones, the sensor commonly used for pedometers and to tell when you turn the screen sideways, to tell if you’re walking unsteadily.

The team led by Brian Suffoletto gave 22 test subjects enough vodka to get them well over the legal driving limit, New Scientist reports.

Once the volunteers reached a breath alcohol level of 0.2 per cent, more than double the 0.8 per cent US limit, they strapped smartphones to their lower backs to measure their gait as they walked ten steps in a straight line and back again.

The breathalyser and walking tests were repeated hourly for seven hours to see if detected changes in gait matched alcohol levels. The team found they could predict if subjects were over the limit with 90 per cent accuracy based on the phone accelerometer data.

Suffoletto stressed the safety applications of the research, pointing out that his team had previously found half of the test subjects cannot tell if they are over the limit or not.

“It could be used by individuals who want an alert when they are showing signs of impairment,” he said

“It could alert someone who may not recognise the impairment and prevent them from driving their car when they are [drunk].”

But the scientist admitted that the technology could be used by third parties to snoop on individuals’ drinking habits, raising the prospect of police, motor insurers or employers monitoring them remotely.

“If someone wanted to go through the effort to process and analyse it, they could probably make inferences about changes in walking patterns,” Suffoletto said.

But he insisted that without concrete evidence such as a breathalyser or blood test, “it would be a leap” to prove that someone was drunk based only on their ability to walk steadily.

Twitter users were quick to react to the story with a mix of humour and privacy worries.

Great, judged by my phone now. As if family, friends and neighbours wasn't enough

And your smart fridge will berate you when you return home drunk. Then go and live with her mother. With your beers still in her.