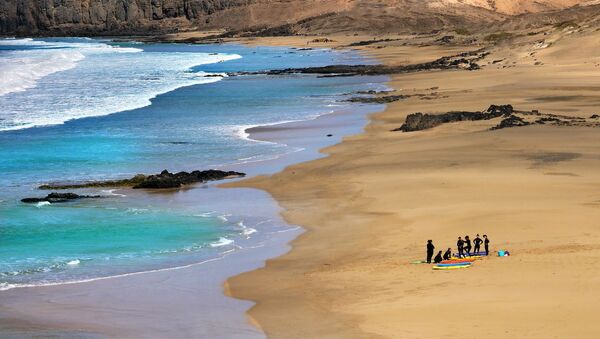 A Canary Islands industry group has warned that 6,300 businesses face bankruptcy in the wake of the UK’s move to ban flights there.

The Canarian Leisure Business Federation (FECAO) has urged the regional government to launch a “Marshall-style Plan” for the “reactivation” of the lockdown-hit restaurant and tourism sectors.

That was in response to the spike in Coronavirus cases in the archipelago and on the Spanish mainland.

FECAO president Barbara Cabrera is the latest business leader to warn of the lockdown threat to the islands’ economy, of which tourism makes up a third.

She said the action was needed to “save jobs and ensure the survival of businesses.”

FECAO is asking the Canarian Autonomous Community government for an extension to the current social security tax payment holiday and a cut in the archipelago’s special VAT rate from 7 per cent to just 3 per cent.

One suggestion is for a new restaurant voucher for residents with the slogan: "Canarian, taste the produce of your land."

FECAO also urged a 75% cut in mooring fees for the many cruise ships that frequent the islands.

The original Marshall Plan was the US-funded reconstruction of western Europe following the Second World War.

On July 25, the UK’s Foreign and Commonwealth Office advised against all but essential travel to mainland Spain, adding the Canary and Balearic islands two days later, reimposing the two-week quarantine requirement for arrivals that had only been lifted weeks earlier.

Airlines quickly responded by cancelling all flights to Spain.

Unemployment in the Canary Islands hit a shocking 30 per cent, higher than some nearby North African nations, following the 2008 banking crisis, with young people especially hard-hit.

Figures from the European Commission show unemployment has since fallen to 20 percent. But the service industry makes up 85 per cent of the economy, compared to about 8 per cent from industry and 6 per cent in construction, itself heavily dependent on tourism.

In 2016, some 13 million tourists visited the seven-island volcanic archipelago whose indigenous population numbers just 2 million. British and German holidaymakers are the most numerous.

The most popular destinations are the largest islands, Tenerife and Gran Canaria, followed by Lanzarote and Fuerteventura.

Aside from the year-round warm climate and numerous beaches, the Canaries boasts spectacular hiking routes through its highland subtropical laurisilva rainforests.

The islands’ many vineyards also produce many excellent but oft-overlooked wines, including the Flor de Chasna and Dominguez labels.