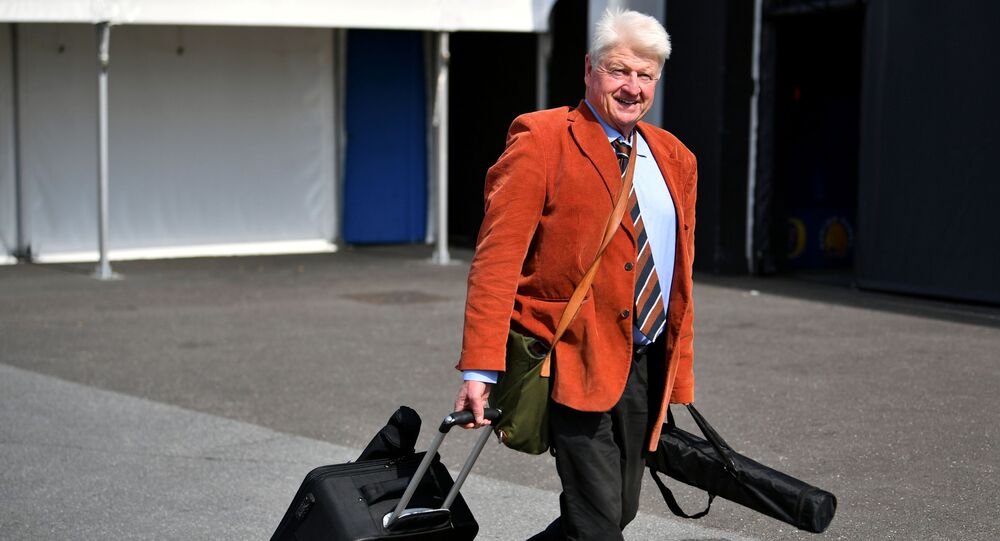 The news comes as the UK cabinet is also trying to deal with another scandal over alleged pandemic restriction violations, with Boris Johnson's adviser Dominic Cummings being targeted for travelling with his family during the lockdown period.

UK Secretary of State for Transport Grant Shapps has defended the PM's father Stanley Johnson after the 79-year-old travelled to Greece in order to visit his mountain villa.

"It's advice so everyone can decide what to do with the advice", Shapps told Sky News.

Johnson shared a photo of his plane landing on Instagram, also posting a picture of himself in a mask, allegedly taken in the Athens Airport. The images, however, were later deleted from the account.

The prime minister stated he is not going to get into family conversations, adding that people concerned about his father's trip should raise it with him.

Addressing the issue, the PM's spokesman stressed the Foreign Office advice on international travel remains in place, adding: "It is for individuals to make the judgements themselves".

According to the Daily Mail, the elder Johnson made a trip on "essential business trying to COVID-proof my property in view of the upcoming letting season". "I need to set up distancing measures at the property because they're taking it very seriously here", he told the newspaper.

The trip has already caused a major outcry in the opposition Labour Party, which claimed the cabinet had established "one rule for the Conservatives and one rule for everyone else".

Reports about the scandal come as London is easing restrictions for people travelling back from about 60 countries. Starting 10 July they won't need to undergo a two-week self-isolation period upon arrival.

At the same time, numerous European countries are still suspending flights from Britain, or imposing mandatory self-isolation for those who travelled from the UK.

Boris Johnson had to previously defend his cabinet adviser Dominic Cummings after the official had travelled 260 miles from London to the northeastern city of Durham in late March to visit his parents after his wife started displaying COVID-19 symptoms. According to Cumings, he made the trip in order to be sure that his 4-year-old son would receive proper care in case he and his wife fell seriously ill.