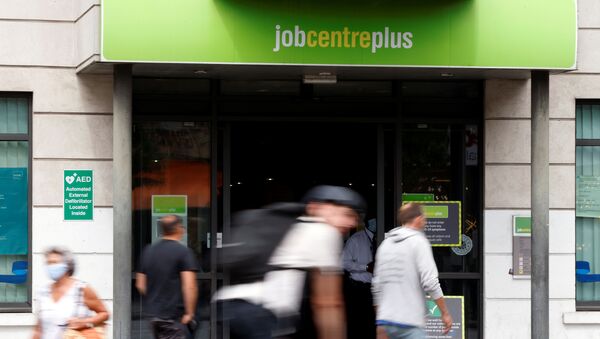 "We were talking about this few months ago. I said that hard times were coming and today's figures show that hard times are here", Sunak told the television channel ITV.

The finance minister also admitted that "hundreds of thousands of people have already lost their jobs, and sadly many more will".

The ONS on Wednesday reported that Britain's Gross Domestic Product (GDP) had sunk a record 20.4 percent in the second quarter of 2020, due to the economic crisis derived from the novel coronavirus pandemic.

The GDP had already fallen by 2.2 percent in the first three months of the year, so this new low for two consecutive quarters has pushed the UK economy into a technical recession for the first time since the 2009 financial crisis.

The ONS, which in an earlier report announced that 220,000 jobs had been lost in the UK since the beginning of the pandemic, said on Wednesday that the fall in private consumption, services, production, and construction output were responsible for the GDP decline.

By comparison, the decline in the UK's GDP in the second quarter of 2020 is worse than that of Portugal (-14.1 percent), France (-13.8 percent), and other European countries that have reported figures so far.

Sunak said, however, that in spite of the "tough decision" that lies ahead, the UK "will get through this and nobody will be left without hope or opportunity".

According to the ONS report, the economy has begun to show signs of recovery since June, when the government started to lift lockdown restrictions on movement, and shops, pubs, and restaurants were allowed to reopen.