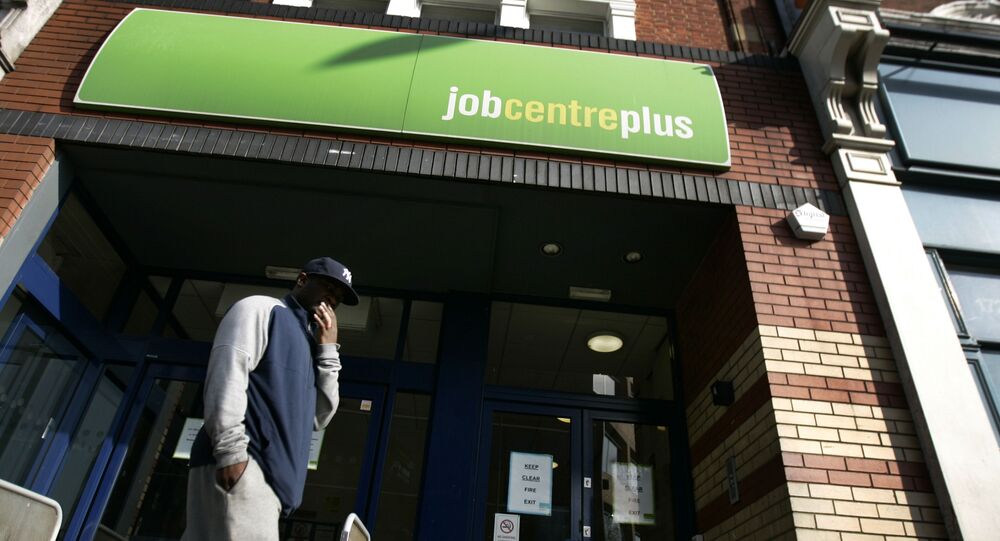 Payroll figures have revealed that approximately 730,000 people lost their jobs since the start of the coronavirus lockdown, between May and June.

The data released by the Office for National Statistics (ONS) showed a leap of 81,000 last month alone despite continued support for employers via government loans and the Job Retention Scheme for furloughed workers.

Colin Fox the National Co-Spokesperson of the Scottish Socialist Party, has shared his views on the matter.

Colin Fox: These figures are terrible. The official figures as usual are an underestimate because those 730,000 people that you mentioned, referrers to those only paying PAYE, so you've got to add in the self-employed and others. On top of that, you've got the massive drop in the number of hours that people are working, so they've gone from full time to part time. So, they're catastrophic and yet the sad reality is we have to prepare ourselves for an even bigger shock. This is simply the beginning because these figures once the furlough scheme worsens, they're talking about 10% unemployment; three, four or five million people unemployed.

I'm old enough to remember the last time Britain went through this, which was in the early 1980s and this is not something you want to welcome or want to see coming - mass unemployment returning to the political horizon in Scotland and Britain. It's almost like the irresistible force meets the immovable object because the government's in the hands of a real political dilemma here. The prospect of a second outbreak of COVID is not far away - you can't rule it out - we've had 46,000 people who have died in the first surge remember and at the same time there's enormous pressure economic pressure to get the country back to work and earning so it's a political and economic dilemma we have not seen for 40 years.

Sputnik: Has the UK's coronavirus response had the right balance between protecting public health and protecting the economy, or has it been too one sided?

Colin Fox: The UK Government had no choice. They've spent, according to the figures we’re told, 33 billion pounds and astonishingly 33 billion pounds paid to people to stop going to work, who have been furloughed to get 70 and 80% of the pay; and it strikes you that government has no choice here. The governments not really had the choice and this is remarkable remember, for a Conservative government, they made this reputation based on austerity, well they're now spending money that's unprecedented in peacetime. Frankly, I have to say that they probably have no alternative but to continue to do so.

I know the chancellor is saying he's going to stop the furlough scheme but quite frankly, I don't see how they can. They're going to have to continue to give economic support to people in order to a see the population through the next few months. I can't see how they can stop the follow scheme because who else is going to put bread on the table? Who else is going to pay your rent? Who else is going to help people get the money they need to find to go to the supermarket once a week? So, I think the government is kidding itself on if it thinks it can somehow pull the life support system that it's been provided to people since March.

I think there's only the government who have the power and the authority and the resources to continue to do so. They might say otherwise but I can't see for the life of me how they can avoid doing so.

Sputnik: Going forwards what policies should we be seeing from the government regarding employment and the protection of jobs going forwards?

Colin Fox: Well, this is a classic example in politics where power really lies and the truth is the power lies with the people. The government has got a bit forward an economic recovery plan based in the first instance in supporting people financially and economically until this pandemic is over. The government might need to say: 'Well, we don't know how long it's going to be until it's over'. Well, that's probably a fair comment, but you don't have a choice.

Wikimedia Commons
Ex-Chancellors Warn UK to Face '1980s-Level' Unemployment in Wake of COVID-19 Pandemic
Only the government has the power to do so. I'm sure they'll be spending billions not just in this country but elsewhere on a vaccine that could bring this nightmare to an end but quite frankly it's out the question that the government can take some laisse fare, do nothing approach, to the next few months. The next few months, the next few weeks are going to hurt. If the furlough money runs out, you've got massive unemployment that we've never seen before. 10 million people or more without any money. The political and economic position is untenable.

So, for me, this economic recovery plan has got to be based on a reality, which is the government is got to provide the financial and economic resources to get through this pandemic, at the same time, as they are trying to get the country back to work economically. So, they've got to reach a balance. It's a difficult one, but they've got to achieve that balance between protecting the health of the country and at the same time resuscitating the economic position that we're in. It's a fascinating political dilemma that there in but it seems to me that their choices are extremely limited.