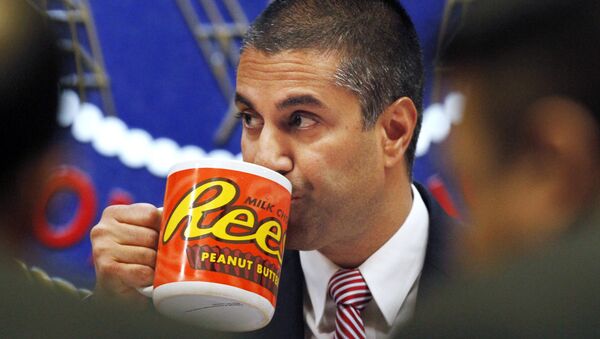 Demond Cureton
All materialsWrite to the author
The initiative could potentially strike a balance in interests with the FCC, Pentagon and others on privatising mid-band spectrum previously used for military infrastructure, including radars and missile command systems, it was reported on Monday.

Mobile carriers were set to use the remaining spectrum, but the new plan revealed by the White House will allow the Federal Communications Commission to auction 100 megahertz of mid-band networks in late 2021.

“Under this administration’s approach, the American private sector will continue to build the next 5G networks,” White House tech adviser Michael Kratsios said in a telephone presser on Monday.

The move, launched by the America's Mid-Band Initiative Team (AMBIT), would allow US telecom firms such as Verizon Communications, AT&T Inc and others to bid for licences, allowing further coverage of existing networks.

The news comes after FCC chair Ajit Pai declared Huawei Technologies and ZTE national security threats and accused the Chinese firms of being used to spy for Beijing and having close ties to the Chinese government and military, without further clarification.

Market Access, Not Cybersecurity Behind US Push to Block Huawei From UK's 5G Networks - Official
US senator Tom Cotton [R-AR] also told a British House Defence Committee in June that Huawei's 5G networks would pose a risk to American troops and Lockheed Martin F-35A aircraft in the UK, without citing evidence.

To date, the US has not provided cybersecurity evidence on the risks posed by Huawei, ZTE and others, which the latter two have urged Washington to submit.