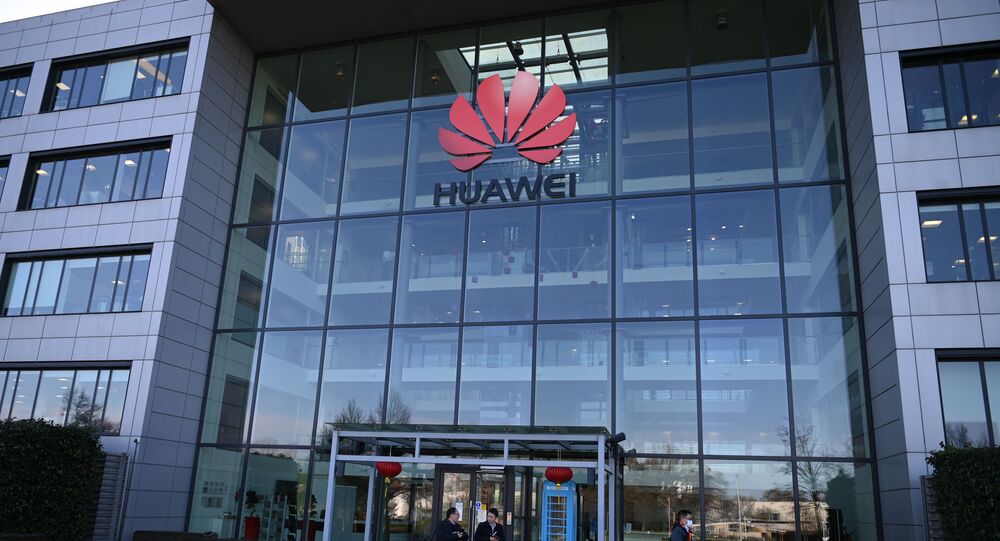 The meeting was called amid UK media speculation that Prime Minister Boris Johnson may change tack on a government approval in January, potentially imposing a blanket ban against the world's largest provider of IT equipment.

Huawei officials were grilled at a Science and Technology parliamentary committee meeting on Thursday after the UK government granted the Chinese telecoms giant a limited role in building 5G and fibre broadband networks across the country.

The meeting was chaired by Conservative MP Greg Clark, with further questions from Labour MP for Blackley and Broughton, Graham Stringer, among others.

When asked about Huawei's security track record in the UK as a "high risk vendor", Mr Zhang said that Huawei created an open security platform for Britain via the Cybersecurity Evaluation Centre in Banbury.

"We don’t hide anything, and we provide all the hardware and software to this centre to be evaluated by the highest [UK] security people," Mr Zhang told the committee.

US and other national security allegations against Huawei were "totally not true", he said, adding that Huawei complies with the "highest security standards" in its global operations.

"During the past 30 years there was not any cybersecurity distancing from Huawei’s networks. We kept a very strong track record globally, since we opened in over 170 countries," Mr Zhang explained.

Long-Term Impact of US Sanctions on Company Operations in UK

US sanctions were also "unjustified" and it was still "too early to draw any conclusions" on the effects of such measures, he told the committee chair.

But despite the challenges, Huawei would back the UK's Gigabit 2025 pledge as it had "worked with UK over 20 years for broadband deployment," he said.

The Chinese telecoms giant had provided an initial assessment to customers, which found no short term impacts of US sanctions on the firm's 5G and fibre broadband rollout plans, Mr Zhang explained.

Under the UK government's 35 percent market share rules, Huawei would build roughly 20,000 base stations, he added.

But Huawei had built its largest continuity programme in 10 years, which began under a partnership with BT Business using a multi-vendor approach, to prepare contingencies for the sanctions regime, Zhang said.

The firm would also develop resilience plans "to serve our customers with the best possible technologies" despite market uncertainty due to the ongoing trade measures from Washington, he added.

When asked by Mr Clarke about how Huawei officials viewed a change from the Trump administration in November, the official said the firm was “not in a position to judge what the Americans are going to do from there”.

Huawei execs were later pressed by Mr Stringer, who asked whether the company had seen the Steele report accusing the Chinese firm of building a "covert campaign" to mould MPs and officials into "useful idiots".

But the company had only seen the media reports and refuted the allegations, stating they were "totally without evidence" and that Huawei would take legal action after reading the full dossier, Mr Thompson added.

© AP Photo / Ng Han Guan
Ab-CERD: UN Report Linked to US Color Revolutionaries Trying to Undermine CPEC
Responding to the allegations, Mr Thompson said: "Huawei is a good global citizen, contributing to communications networks in 170 countries and providing communications to one-third of the planet. So I think that we should be judged on how we behave and not how China behaves."

Mr Zhang stepped in, stating that Huawei was an "100 percent employee-owned" company independent from the Chinese government and was "not in a position to judge any government position as a company".

"We wish the world would have a stable, peaceful environment in which we can do business with our customers," he said.

But Mr Stringer said he "didn't accept" the replies and accused China of being "centrally-controlled" and violating the "One Country, Two Systems" international treaty, without going into further details.

Addressing questions on Huawei's alleged intellectual property theft and potential vulnerability to cyberattacks in its 5G equipment, Dr Yao Wenbing said that there was "no evidence" to support the claims.

The Shenzhen-based firm had been leading the world in intellectual property in 5G, and filed over 85,000 active patents, including 30,000 in the US and secured funding for 88,000 patents in Europe, she explained.

"We have the country’s best interest in our heart and cannot possibly link these things together," she concluded.

Greg Clarke later pressed witnesses on whether they could respond freely on their political views, citing China's new security law in Hong Kong, with Mr Thompson stating they could do so "as any other UK organisation".

"You have invited me here, Mr Chairman, as a representative of Huawei. I represent Huawei and Huawei does not get involved in judging the rules of different countries," Mr Thompson said after being asked of his views.

The news comes after South Korea's Samsung said it could "definitely" replace Huawei as a 5G vendor in the UK and had entered talks with European telecoms to supply equipment for 4G, 5G and 6G, company vice-president Woojune Kim told the committee.

The US extended a ban on Huawei, ZTE and 70 Chinese tech firms, citing national security concerns but did not provide evidence on its alleged cybersecurity vulnerabilities, with Federal Communications Commission chair Ajit Pai declaring Huawei and ZTE national security threats amid the increase in tensions.

Washington has not provided any details on its claims against Huawei despite the ongoing trade war, it was found.