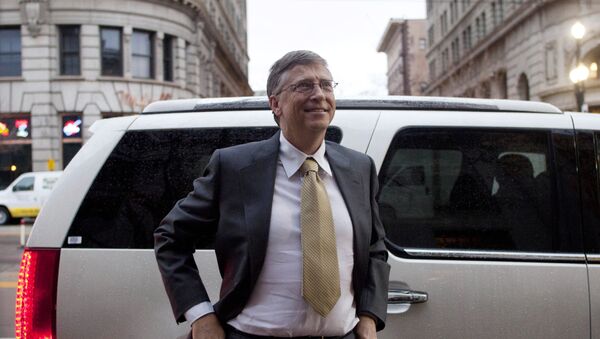 Microsoft's proposal to purchase the popular video-sharing app TikTok is a "poison chalice", according to the company's co-founder Bill Gates in an interview with WIRED that was published on Friday.

Gates, who currently works as a technology advisor to Microsoft after stepping down as CEO in 2014, cautioned that "being big in the social media business is no simple game," but added that making the industry more competitive is "probably a good thing".

"I mean, this may sound self-serving, but I think that the game being more competitive is probably a good thing. But having Trump kill off the only competitor, it’s pretty bizarre", he said.

The billionaire described the order given by US President Donald Trump to Chinese-owned TikTok to sell the app to an American company as "strange", especially the requirement to give a cut of any deal to the federal government.

"I agree that the principle this is proceeding on is singly strange. The cut thing, that's doubly strange. Anyway, Microsoft will have to deal with all of that", Gates added.

The Trump administration said in July that it was looking to potentially ban the TikTok app. That same month, the New York Times reported that Microsoft was involved in talks over purchasing TikTok.

Microsoft officially confirmed its plans to buy Tiktok operations in Australia, Canada, US, Australia, and New Zealand, with discussions due to be completed by 15 September.

President Trump issued an executive order on Thursday that will see TikTok's parent company ByteDance banned from "any transaction by any person, or with respect to any property, subject to the jurisdiction of the United States" beginning 45 days after the document’s signing.

The president claimed that the app could "allow the Chinese Communist Party access to Americans' personal and proprietary information".

While China has adamantly denied that it Chinese-software used abroad is used for spying, the controversy over TikTok comes as part of a wider introduction of restrictions on Chinese technology companies.

On 1 December 2018, the CFO of Huawei, Meng Wanzhou, was detained in Canada on an extradition request from Washington claiming that the Chinese tech giant had been breaching US sanctions by selling products to Iran.

000000
Popular comments
Yeah, I recall Gates also said the Internet would just be a passing fad....hows that working Bill?