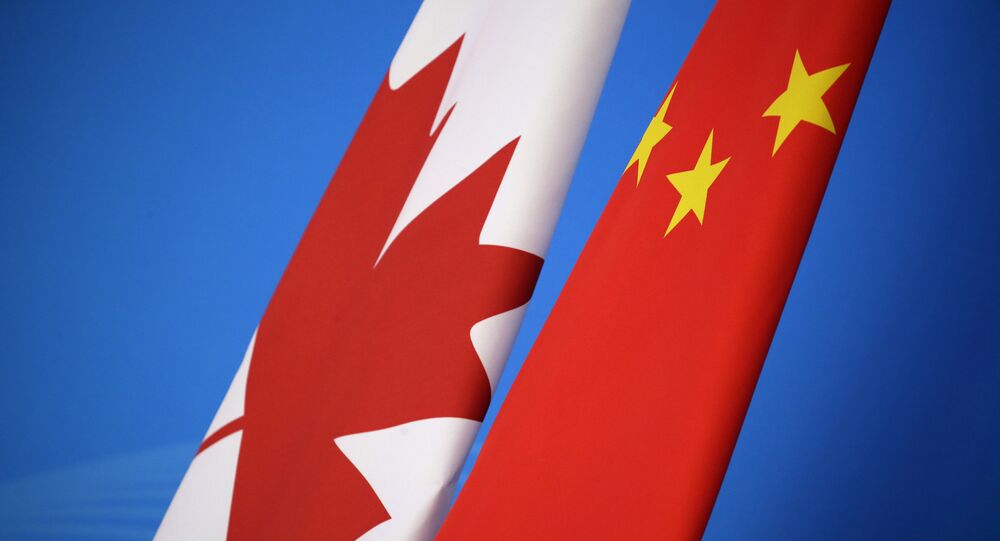 It Would Be Wise for US to Regard Meng Case as Civil, Not Criminal, Says Former Australian PM

Meng Wanzhou, the daughter of the Huawei founder, was arrested in Canada’s Vancouver in December of 2018 at the US' request. Her detention came amid the US trade war with China and accusations that Huawei posed a threat to US national security, a claim which the company denied. The arrest also soured China’s ties with Ottawa.

Former Australian Prime Minister Kevin Rudd suggested that the United States could resolve the row between China and Canada over the arrest of Meng Wanzhou by Canadian authorities. Speaking at The West Block program, which is aired on Canada’s Global Television Network, Rudd said that Washington could make change Meng’s case from criminal to civil.

"The action lies with the US judicial authorities and my argument would simply be this … if the United States is going to continue to treat this is as a criminal matter, then the Canadian extradition process is going to continue to unfold. Wisdom may lie in the US doing what I believe it’s done in the past, which is regard this as a civil matter not a criminal matter. If this resolved as a civil matter before the courts, it would result in a very large fine", said Kevin Rudd, who prior to his tenure as prime minister served as Australia’s ambassador to China.

He also rejected calls from some officials to stop Meng’s extradition to the United States, saying that this will put a target on the back of Canadian citizens living abroad and tell other nations that they can gain political leverage by detaining the country’s citizens.

"We cannot allow political pressures or random arrests of Canadian citizens to influence the functioning of our justice system. So I respect these individuals, but they’re wrong", said Trudeau.

Meng Wanzhou, chief financial officer of Huawei and the daughter of the company’s founder, was arrested in Canada in 2018 at Washington's request, which accuses Meng of violating sanctions against Iran by defrauding the bank HSBC. She denies the accusations and claims she is innocent.

China described her case as one of political victimization, as the woman was arrested amid the US trade war with Beijing and Washington's claims that Huawei poses a threat to US national security. The Trump administration has long claimed that the telecoms giant is spying on it customers at the behest of the Chinese government, a claim which Beijing and Huawei vehemently deny.