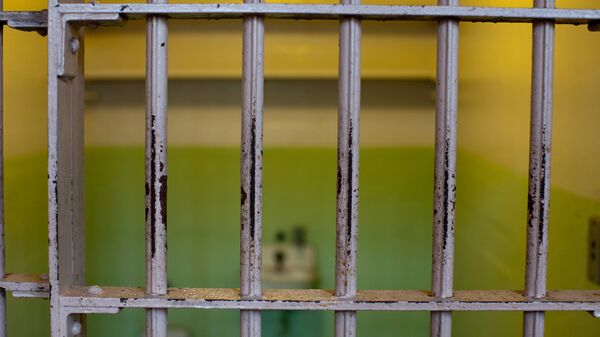 CC BY 2.0 / Dave Nakayama / caged
Subscribe
International
India
Africa
New Delhi (Sputnik): The Indian government detained around 500 political leaders in Jammu and Kashmir in August 2019, before stripping the state of its special status. The detained include political stalwarts of the state such as Farooq Abdullah, Omar Abdullah, and Mehbooba Mufti.

A year after being detained under the Public Safety Act (PSA), Jammu and Kashmir authorities on Friday extended the detention of a former state chief minister, Mehbooba Mufti, by three more months.

Id like to confirm media reports that Ms Mufti’s PSA has been extended until November,2020. The petition challenging her unlawful detention has been pending in SC since 26th February. Where does one seek justice?

​Meanwhile, five days short of a year, a People's Conference leader, Sajad Lone, was released from house arrest on Friday.

Finally 5 days short of a year I have been officially informed that I am a free man. So much has changed. So have I. Jail was not a new experience. Earlier ones were harsh with usual doses of physical torture. But this was psychologically draining. Much to share hopefully soon.

​Earlier, Lone had been under detention for six months, beginning August 2019, but, since 5 February, he has been under house arrest. In March, former state chiefs Omar Abdullah and Farooq Abdullah were released.

Mufti, along with several other local leaders, were detained in August 2019 amid fear of protests and provocations following the abrogation of Article 370, which had provided special status to the then-state of Jammu and Kashmir. The state was also bifurcated into two federally-administered territories – Jammu and Kashmir, and Ladakh.