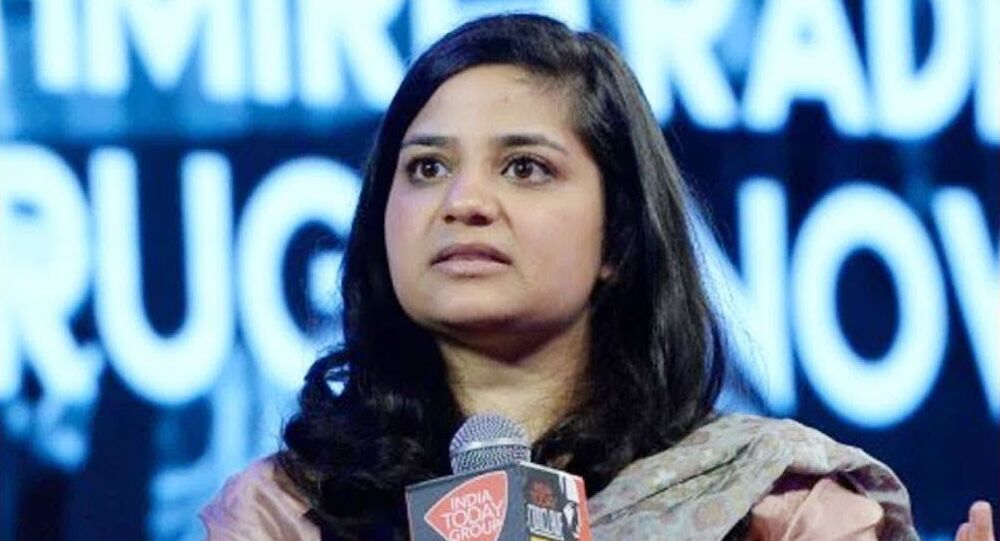 New Delhi (Sputnik): Anticipating protests and provocations, around 500 politicians and activists were detained in Jammu and Kashmir. Many of them were kept in their houses or guest houses as a precaution after Parliament revoked the state's special status. Former State Chief Mehbooba Mufti is among them.

"I will do a salaam (salute) to Amit Shah if he roams around freely in Kashmir. Ordinary Kashmiris blame him for spearheading the action in Kashmir," she said on Tuesday.

Iltija has been a vocal critic of the Government of India ever since the former State of Jammu and Kashmir's special status was revoked, making it a union territory in 2019. In the wake of this political step, her mother was put under detention by the federal government, like many other political leaders.

"I will not say today that Kashmiris are not angry with my mother or other political parties, but they are angrier with the government. In Jammu, people are unhappy; they are angry; they also have apprehensions of the government not protecting their identity. If polls were held today, the BJP would be wiped out of Jammu," Iltija said.

Mehbooba was restrained under the Public Safety Act (PSA), and the dossier cites the grounds for PSA measures being taken as "Mehbooba Mufti is recognised as a "hard-headed" and "scheming person", whose actions have ranged from speeches glorifying terrorists, to creating fear among the majority population based on cheap politics.

A local court in Jammu and Kashmir had observed that the officials who made the dossier shouldn't have used such words.

The Public Safety Act (PSA) is a preventive detention law that allows the government to detain a person for up to two years without a trial.

In the absence of Internet connection in the Valley, Mehbooba Mufti's Twitter account was being handled by her daughter Iltija. She took over the Twitter account on the 46th day of her mother's detention.

On the eve of the repeal of Article 370, a total of 6,605 persons were taken into preventive custody. At present, 437 still remain under detention.