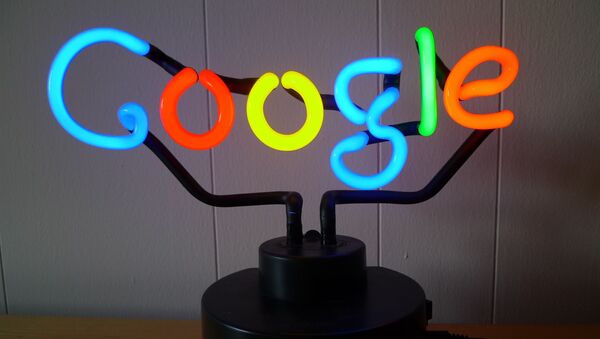 MOSCOW (Sputnik) - The Australian Competition and Consumer Commission (ACCC) said on Monday that it will sue Google for collecting Australian users’ data without their "explicit informed consent" to boost its advertising businesses.

"The ACCC has launched Federal Court proceedings against Google LLC (Google), alleging Google misled Australian consumers to obtain their consent to expand the scope of personal information that Google could collect and combine about consumers’ internet activity, for use by Google, including for targeted advertising," the watchdog said.

According to the commission, the tech giant "failed to properly inform consumers, and did not gain their explicit informed consent" about its move in 2016 to begin combining personal information from users’ Google accounts with data about those people’s activities on non-Google websites that used Google technology.

"This meant this data about users’ non-Google online activity became linked to their names and other identifying information held by Google. Previously, this information had been kept separately from users’ Google accounts," the watchdog explained.

The ACCC believes that this policy has enabled Google to significantly boost its advertising businesses and generate "much higher profits."

Consumers, the watchdog concludes, "effectively pay for Google’s services with their data," but the policy in question has increased this "price" for users.