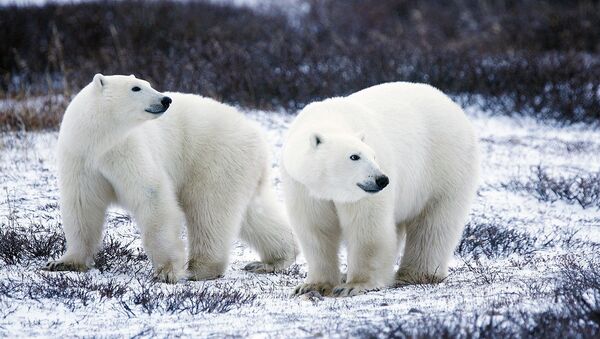 The study found that polar bears in the Arctic may near extinction by the end of the century due to climate change-induced melting of ice. The findings were based on models of greenhouse gas emissions.

The researchers’ study foresees a dwindling population of bears, with their model suggesting that “with high greenhouse gas emissions, steeply declining reproduction and survival will jeopardize the persistence of all but a few high-Arctic subpopulations by 2100.”

“Moderate emissions mitigation prolongs persistence but is unlikely to prevent some subpopulation extirpations within this century,” the study’s abstract adds.

Without ice, the carnivores will likely starve to death, as they will be left unable to hunt for seals.

According to NASA, sea ice is a “crucial platform for life” for polar bears.

“They use the ice to travel long distances to new areas. They hunt for seals by finding their dens or sitting next to gaps in the ice, waiting for the unsuspecting prey to pop up,” the agency explains.

According to study author Steven Amstrup, the warming of the Arctic and the melting of sea ice is already reducing the amount of time in which polar bears can hunt.

“The bears face an ever longer fasting period before the ice refreezes and they can head back out to feed,” he told AFP.

“If somehow, by magic, sea ice could be maintained even as temperatures increase, polar bears might be fine,” Amstrup added. “The problem is that their habitat is literally melting.”