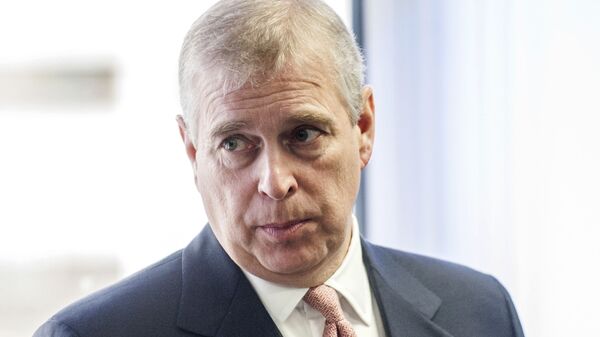 The island of Little Saint James that Jeffrey Epstein bought for almost $8 million in 1998 is where the billionaire’s alleged victims claim they were abused by him and his powerful friends. Prince Andrew was one of Epstein’s high-profile friends who visited the island, but the royal has claimed he didn’t see any wrongdoing on the part of Epstein.

A 2015 video has reappeared online showing Donald Trump commenting on financier Jeffrey Epstein and his private island. The short footage, which was uploaded to social media several days ago, shows then-presidential candidate Trump answering questions from Bloomberg reporters, saying: "That island was really a cesspool, there’s no question about it. Just ask Prince Andrew. He will tell you about it".

​Trump’s remarks were linked to a statement he made earlier that same year in a Q&A session with Fox News when he was asked to comment on former President Bill Clinton. "Nice guy, got a lot of problems coming up in my opinion with the famous island with Jeffrey Epstein", Trump told Fox News.

Speaking to Bloomberg, Donald Trump said that Clinton’s alleged visit to Epstein’s island could become a political problem for Hillary Clinton, who was running against him in the 2016 presidential election.

Prince Andrew has recently come under even more intense scrutiny following the arrest of Epstein’s former girlfriend Ghislaine Maxwell, who was apprehended at the beginning of the month by the FBI in the United States. The 58-year-old has long been accused by Epstein’s alleged victims of grooming girls for the billionaire. Maxwell is now facing six charges, including for enticing minors – one as young as 14 – to engage in illegal sex acts.

One of Epstein’s alleged victims has long claimed that she was trafficked by the disgraced banker and Maxwell to London and was forced to have sex with the Duke of York when she was 17, a claim that Prince Andrew and the royal family have categorically denied. After the arrest and death of Epstein last summer, the Duke of York said that he was ready to assist the investigation, but prosecutors working on Epstein’s case have accused the royal of stonewalling the investigation and of providing zero cooperation.