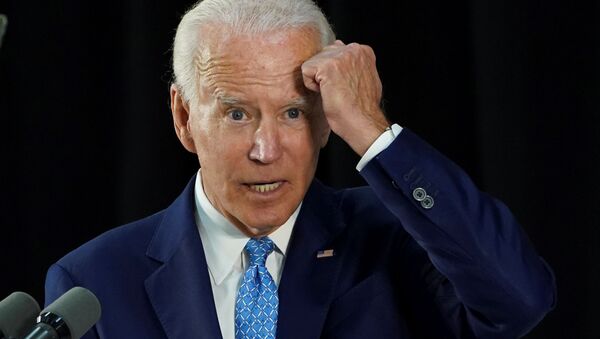 Ekaterina Blinova
All materialsWrite to the author
Besides having certain gaps, Joe Biden's new "green" plan may deal a heavy blow to the US economy by stepping up spending, damaging vital industries and slapping taxes on businesses and the rich, some finance experts say.

The presumptive US Democratic presidential nominee, Joe Biden, has rolled out a new $2 trillion green energy jobs and infrastructure plan that seeks to set the US economy "on an irreversible course to meet the ambitious climate progress" in the coming four years and achieve a carbon pollution-free and sustainable power sector by 2035.

The plan envisages a dramatic transition to "a modern, sustainable Infrastructure and an equitable clean energy future" built on renewable energy sources and promises to create millions of industrial and union jobs to accomplish the task. "Our ideas are not 'pie in the sky'", Biden said.

"Biden’s plan dovetails into the agenda of the usual climate fearmongers who have hijacked the debate for too long, terrorised and defunded real scientists into silence and oblivion, and are diverting vast amounts of public money through uncontrolled charities and unhinged international organisations, to fund an ideological agenda", claims Fabien Chalandon, a French private investor, banker and writer. "This in return allows a vast diversion of resources which needs to be reined in".

According to the Paris-based investor, "decarbonising at all costs is a fantasy" because the planet has been experiencing temperature variations over the past tens of thousands of years and linking this process solely to human activities does not, to some, make sense. This does not mean that one has to abandon ecological policies, Chalandon highlights.

"The 'plan' proposed in Biden's name confirms that he and his team are all economically illiterate", opines Charles Ortel, a Wall Street financial analyst, investor and investigative journalist.

According to the financial analyst, the keys to prosperity include serving customers with useful products and services, spending less money than you earn and investing wisely: "These are simple tasks performed worldwide by people who enjoy working", Ortel emphasises.

"During Joe Biden's long political career, government spending and borrowing have soared", he says. "Yet, Americans can point to very few true benefits of this reckless course. The Biden plan offers public sector unions, and badly run bureaucracies more financial rope to hang America's credit standing. Those who may gain are entrenched cronies who hope to win off-market government contracts, escape prosecution for decades of corruption, or both". 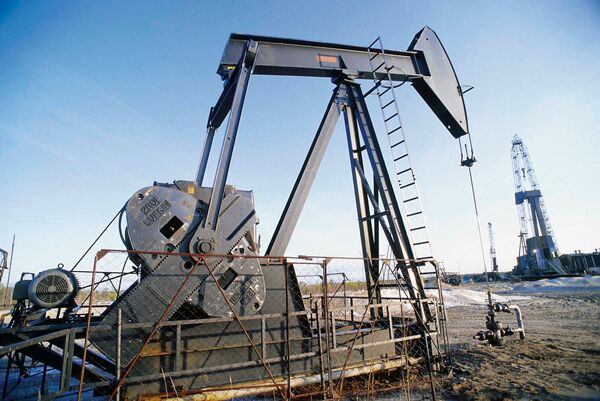 In addition to this, an immediate shift to renewables does not make sense, in the eyes of some American businesses, given relatively cheap oil, remarks Ortel.

"Many green projects, in theory, made sense in 2007, when oil traded around $120 per barrel", the Wall Street analyst stresses. "Now, with oil around $40 per barrel, financially astute investors will never deploy capital for projects that replace oil with other substitutes. It is dupes with little experience and less common sense who get behind these projects, as Obama and Biden did in 2009 when they wasted almost $1 trillion on green "shovel ready jobs" that proved to be imaginary".

Yoking the US to the Paris Climate accords and demolishing the country's vast and profitable energy sector starting in January 2021 "are foolish policies that will repel voters in November", Ortel believes.

Chalandon suggests that the Biden plan fails to address regional and national power grid interconnection, as well as available back-up options for renewables.

"The national grid still has a role, albeit reduced, but remains in the US antiquated, with limited interconnections", the investor notes.

Nor does the ex-vice president's team "mention the all-important heating energy business model, as if the US was a tropical or ever sunny country", according to Chalandon.

Commenting on Biden's 'green' strategy, American author and energy expert Robert Bryce noted in an op-ed for Forbes that though parts of the energy plan are "sensible", California has been struggling to carry out a similar strategy for years.

The imposition of this plan by Sacramento coincided with a steep rise in electricity prices for Californians: between 2011 and 2017 they rose five times faster than the rest of the US. On the other hand, Biden's plan to deploy millions of solar panels and tens of thousands of wind turbines may face strong opposition by some citizens and landowners, as has happened with similar 'green' projects in the Democratic states of California and Vermont.

The nation's big electric utility companies will likely fail to meet the objectives of Biden's ambitious "zero-emissions-by 2035" plan, as many currently pledge to reach this goal either by 2040 or 2050, according to E&E News. 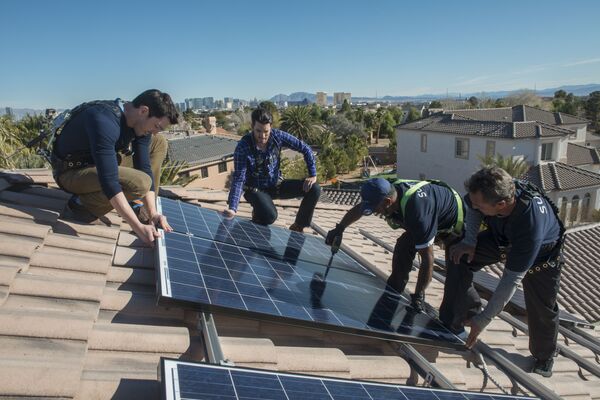 'It's a Bad Idea to Raise Taxes on US Businesses & Rich'

Yet another bone of contention for those in the existing finance and investment community is the project's funding: according to the Biden campaign, the ambitious strategy would be paid for with a combination of stimulus packages and increased taxes on corporations and the wealthy.

"Soaking the wealthy with punitive tax rates is precisely the wrong prescription", claims Ortel. "Only a government would persecute its most prolific customers – the wealthy – who can remove capital and shift jobs from America. The Sanders-AOC-Biden plan might prove popular in faculty lounges should schools and universities reopen and will be extolled by talking heads in corporate-owned globalist media. But as President Trump patiently explained from the Rose Garden this week, these proposals are stunningly stupid".

Biden earlier made it clear that he would roll back most of Trump’s multi-trillion-dollar tax cuts. Speaking to wealthy donors in late June, the presumptive Democratic nominee said: “I’m going to get rid of the bulk of Trump’s $2 trillion tax cut, and a lot of you may not like that, but I’m going to close loopholes like capital gains and stepped up basis.”

According to Tax Policy Centre analysis, Biden is seeking to raise taxes by nearly $4 trillion over the next decade. Half of the money would be gained through raising taxes on households with incomes above $400,000 and the other half by increasing business taxes from 21% to 28%. Commenting on the former vice president's plan, media executive Steve Forbes stated in a July op-ed that by targeting businesses and the “rich,” the Biden plan would damage "capital creation and the kind of investment that creates jobs and raises personal incomes". Biden's massive spending schemes are likely to hit "all Americans with nosebleed taxes", he suggested, warning that a victory for Joe Biden "would spell big trouble for the economy".