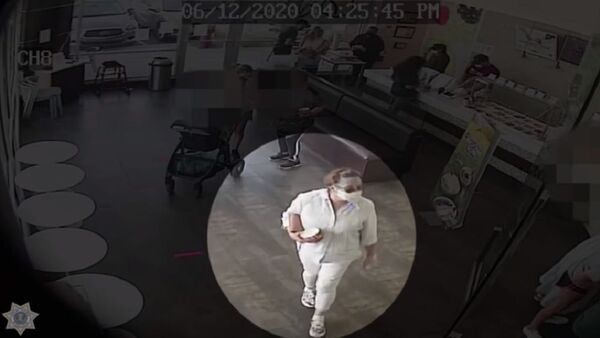 In June, Californian Police announced that they were searching for a white woman for allegedly coughing with intent at another woman and her one-year-old baby at a local restaurant after rowing about social distancing rules.

The Oak Grove School District has confirmed that the woman, who was previously wanted by the San Jose police over a "coughing" incident, has lost her job in the district, according to the Hill.

"The Oak Grove School District’s highest priority is the safety of our students and the well-being of all of the children in the community we serve", the statement reads. "We do not tolerate conduct from any employee that compromises any child’s safety".

The district did not reveal the identity of the woman, who was previously said to be a white female in her 60s. San Jose police had been searching for the woman since June, after she was accused of "deliberately" coughing on another woman and her one-year-old baby at a local Yogurtland restaurant.

According to surveillance video footage released by the police, the incident took place on 12 June, when the woman in question got upset with another woman, who had her baby in a stroller, for not maintaining proper social distancing while in a queue. The alleged perpetrator then took her mask off and coughed towards the other woman's stroller several times. She then left the scene without being identified or apprehended.

The baby's mother, Mireya Mora, later said that she believed that the woman in question could have been "racist" as the incident allegedly took place shortly after she started speaking Spanish to her grandmother.

"Coughing on someone's face. She did it on purpose it's not like she did it on accident, oh cough, cough - no she purposely coughed on my son's face", the woman told ABC7. "It happened so quick I was in shock. She got close, she took off her mask, and she coughed three times super hard on my son's face".

The US health authorities recommend people maintain at least a six feet, around two-metre, distance when in public places to prevent the spread of coronavirus.