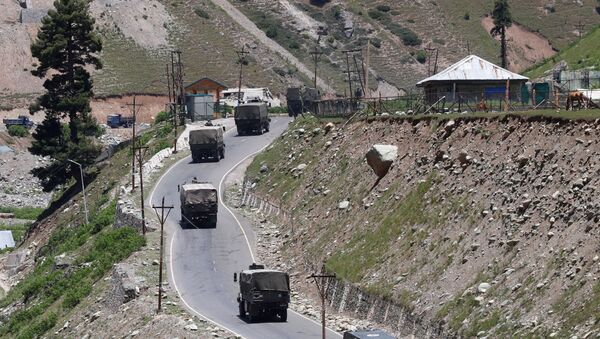 It was fake letter published from Pakistan, police said.

“As per the family sources of SAS Geelani the letter is fake and not issued by him. This is published from Pakistan. Police is taking action against those who are circulating it through different social media platforms to instigate violence and create Law and Order problems,” the Kashmir Zone Police tweeted.

The Unlawful Activities (Prevention) Act is an anti-terror law, which allows a suspect to be arrested without bail. Under section 13 of the law, a person can be sent to jail for up to seven years.

On Monday night, a letter from Kashmir's top Hurriyat Conference leader Syed Ali Shah Geelani started circulating on social media and soon went viral. It urged people to observe a complete shutdown on 8 July, the day when local Hizbul terrorist Burhan Wani was shot by security forces in 2016. After the shooting, large-scale violence erupted in the valley in which around 100 people were killed and thousands injured.

The letter also called for a shutdown on 13 July which was described as “Martyrs Day”.

Hurriyat Conference leaders, who want Kashmir to become independent of India, are generally viewed as separatist leaders and have been known for calling general strikes.

Geelani, 91, recently resigned as “chairperson for life” of the All Parties Hurriyat Conference, an umbrella alliance of pro-independence groups. In his resignation letter, Geelani accused some senior Hurriyat Conference members of conspiring and rebelling against his leadership.

The terrorism in Kashmir dates back to the 1990s, when Kashmiris began demands for independence. India has accused neighbouring Pakistan, which also lays claims to the region, of fuelling the separatist movement.