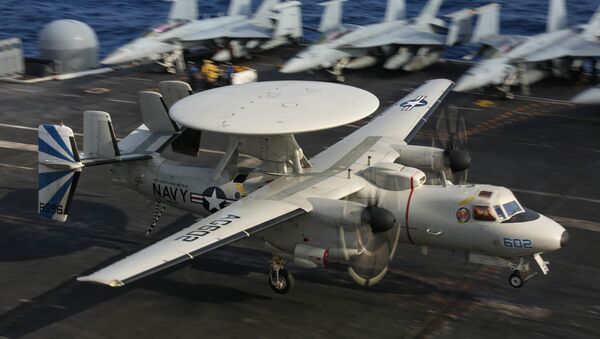 "The State Department has made a determination approving a possible Foreign Military Sale to the Government of France of three (3) E-2D Advanced Hawkeye Aircraft and related equipment for an estimated cost of $2 billion", the release said.

Notice of a pending arms sale and notification of Congress, also announced in the release, is required before an arms sale can be concluded.

DSCA said the proposed sale will support the foreign policy and national security of the United States by helping France meet current and future threats by maintaining interoperability with US naval forces. France operates earlier versions of the E-2C and will have no problem absorbing the upgraded versions of the aircraft, the release read.

Hawkeye manufacturer Northrop Grumman describes the aircraft as the 'digital quarterback' that leads and manages an attack, protecting carrier battle groups, according to a company website.