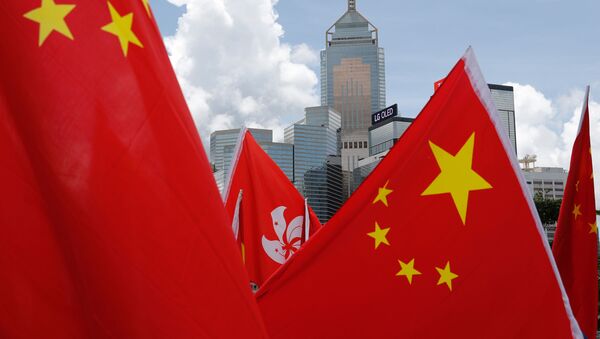 Chinese President Xi Jinping signed a decree to enact the Hong Kong national security law into effect after it was passed by the National People’s Congress, accotding to the CCTV.

In response to the passage of the new legislation, a number of key activists in Hong Kong, including Joshua Wong, have decided to quit the political parties they were involved in. A number of pro-democracy activists have deleted their accounts on Twitter over fears of retribution or possible criminal charges under the new legislation.

Earlier in the day, the US Commerce Department announced the suspension of preferential treatment of Hong Kong over China, including export license exceptions. In addition, the Department of State announced on Monday that the US was ending exports of defence equipment and sensitive dual-use technologies to Hong Kong, placing them under same restrictions that exist for China.

The new legislation bans secessionist, subversive and terrorist activities, along with any form of foreign interference in Hong Kong.

The move is supported by the Hong Kong leadership but has been met by a wave of protests in the city, as some residents fear their rights may be infringed, and abroad. According to Beijing, the new security law aims to punish illegal activities in the city without harming the existing democratic freedoms of locals.