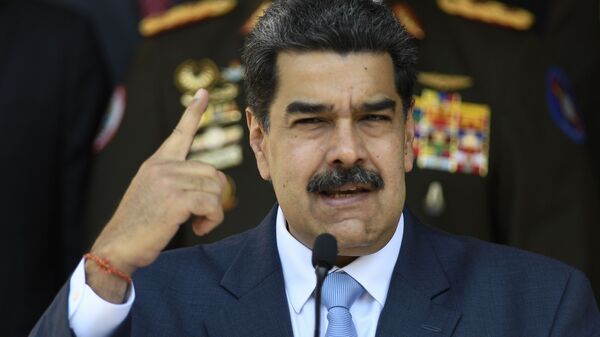 Maduro's order comes hours after the Council of the European Union on Monday sanctioned 11 additional Venezuelan officials, including parliamentarians, a magistrate and a senior military chief, for acting against the National Assembly, which is dominated by the opposition, Reuters reported. The individuals sanctioned are recognized by the Maduro government but not by the members of the Assembly.

The sanctions include a travel ban and an asset freeze. So far, 36 Venezuelan officials linked to the Maduro government face sanctions.

According to the Council, the 11 newly-sanctioned individuals “are particularly responsible for acting against the democratic functioning of the National Assembly, including stripping the parliamentary immunity of several of its members," Reuters reported. The Council also accused the individuals of "creating obstacles to a political and democratic solution to the crisis in Venezuela."

The United States itself has imposed numerous rounds of sanctions against Venezuela in response to the political developments in the country. On January 23, 2019, opposition leader Juan Guaido proclaimed himself Venezuela's interim president, denouncing Maduro's government as undemocratic and calling for Maduro's ouster. Since then, several failed attempts have been made to remove Maduro from power.

“The illegitimate Maduro regime created a secret network to evade sanctions, which Treasury has now exposed,” US Deputy Secretary Justin G. Muzinich said in a statement at the time. “The United States will continue to relentlessly pursue sanctions evaders, who plunder Venezuela’s resources for personal gain at the expense of the Venezuelan people.”

“Today, the United States is sanctioning five Iranian ship captains who delivered around 1.5 million barrels of Iranian gasoline to Venezuela in support of the illegitimate Maduro regime," US Secretary of State Mike Pompeo said.

Maduro has repeatedly stated that the US is using sanctions to choke out his government and gain access to the country's oil reserves, which are the largest in the world.

“Let’s not allow a Vietnam in Latin America,” Mr. Maduro said last year, warning against the dangers of US intervention.“If the United States intends to intervene here, they will have a Vietnam worse than what they can imagine. Let’s not allow violence.”