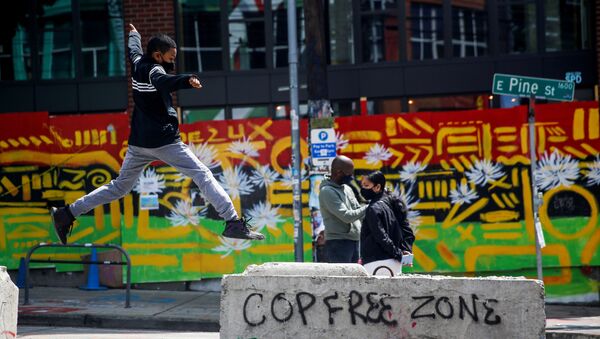 WASHINGTON (Sputnik) – Police in the US city of Seattle are investigating an early morning shooting that left one person dead and another critically injured in the latest in a series of attacks near the city’s so called CHOP zone occupied by anti-police protesters, Fox News reported on Monday.

One of the victims, both male, died after being taken to Harborview Medical Center’s Emergency Department, the report said, citing a hospital spokesperson.

Police earlier said via Twitter that they were investigating the incident.

​Harborview Medical Centre spokeswoman Susan Gregg told KIRO 7 television news that one man arrived at about 3:15 a.m. by private vehicle followed by the second man at about 3:30 a.m., who was brought in by Seattle Fire Department medics. The second man who arrived later died from his injuries.

City efforts to dismantle the Seattle’s Capitol Hill Occupied Protest zone - also known as CHOP – have thus far been thwarted by protesters, who reportedly blocked authorities from reaching the victim who was fatally wounded in last week’s shootings.