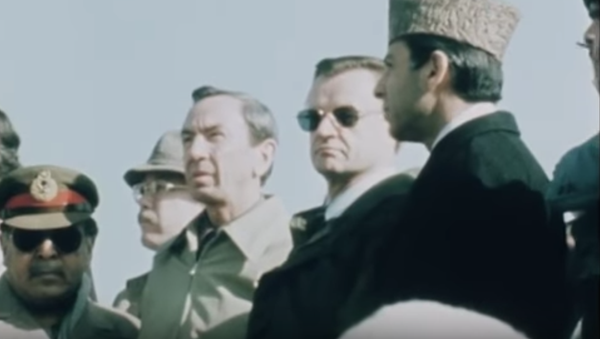 © Photo : Screenshot / YouTube AP Archive
Subscribe
Ilya Tsukanov
All materialsWrite to the author
On Friday, unnamed intelligence officials told The New York Times that Russian military intelligence has been offering bounties to Taliban-linked militants to kill US and coalition troops in Afghanistan. Moscow dismissed the claims as “fake news” and a sign of the “low intellectual abilities” of US intelligence agents.

Friday’s NYT report on alleged Russian solicitation of Taliban-linked Islamist militants’ killings of US troops in Afghanistan has been turned into Swiss cheese, with Russian, US, and even Taliban officials refuting its claims.

The Russian Foreign Ministry slammed the story as “nonsense”, suggesting there was little else to “expect from the intelligence [community] that has miserably failed to succeed in the 20-year war in Afghanistan”, and adding that perhaps US spies were concerned that a US-Taliban peace deal would put an end to their illicit earnings from drug trafficking, kickbacks, and other rackets.

Trump Bashes 'Fake News NY Times', Denies 'Attacks on US Troops in Afghanistan by Russians'
The Taliban similarly rejected the NYT’s claims, with Zabihullah Mujahid, a spokesman for the group, stressing that the militant group operates independently of any intelligence service and that the rumours generated by the newspaper may be aimed at creating obstacles to the US withdrawal from the country.

Finally, the White House announced that contrary to the NYT’s claims, neither President Trump nor Vice President Mike Pence had received any information on any “alleged Russian bounty intelligence”. President Trump lambasted the article as another false story from the “Fake News New York Times”.

Who Really Paid Who?

While the practice of paying bounties to Taliban-linked militants in Afghanistan goes back decades, it was not Moscow but Washington that not only engaged in it, but openly boasted about it.

As then CIA Deputy Director Robert Gates recalled, in March 1979, a year after Afghanistan’s Saur Revolution and eight months before the Soviet military intervention in December of the same year to prop up the Kabul government, the Central Intelligence Agency proposed making contact with the leaders of the Mujahedeen, the precursors to the Taliban, to try to deliberately destabilise the Afghan government and suck Moscow into a costly war. 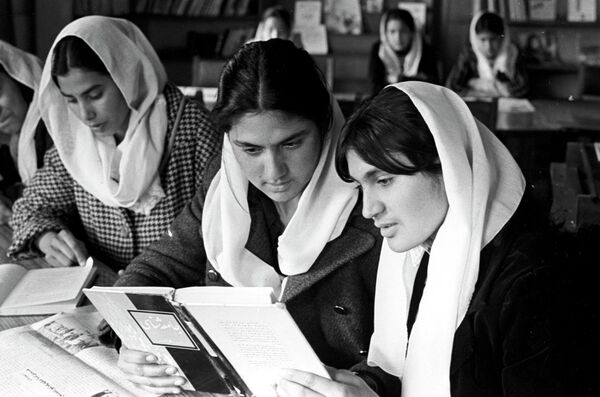 Afghan women in a library, 1979. After coming to power in 1978, the pro-Soviet government in Kabul introduced a mass literacy program aimed specifically at women.
© Sputnik / Sobolev
/
Go to the photo bank

In his memoirs, Gates noted that Walt Slocombe, President Carter’s deputy undersecretary for defence, “asked if there was value in keeping the Afghan insurgency going, ‘sucking the Soviets into a Vietnamese’ quagmire’”. Several months later, in July 1979, “almost six months before the Soviets invaded Afghanistan”, Carter signed off on assisting the militants.

The CIA mission, dubbed "Operation Cyclone", continued under President Ronald Reagan, after the Soviet politburo succumbed to pressure to intervene directly in Afghanistan in late 1979. Over the next decade, the CIA would assist in shipping thousands of tons of advanced weapons, including Stinger anti-aircraft missiles, to some shady groups, including Islamist extremists from across the Middle East and Osama Bin Laden, one of the thousands of Arab jihadi "volunteers" who headed to the country to join the war against the Soviets. Along with the arms was billions of dollars’ worth of assistance to the rebels, paid for by US taxpayers. 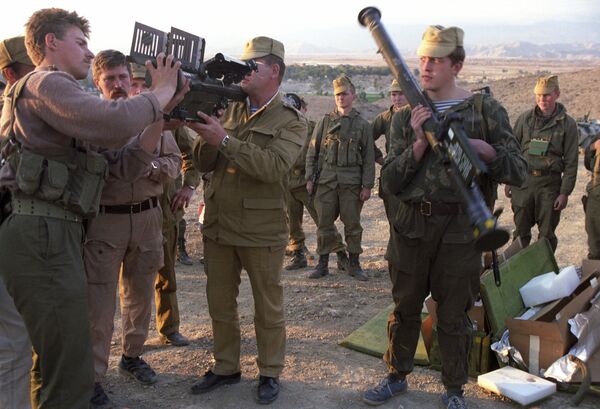 With help from their newfound friends, the Mujahedeen began a campaign of terror throughout much of Afghanistan, with their tactics to be repeated decades later across the Middle East by al-Qaeda*, ISIS (Daesh), and other Islamists. This included terror attacks on population centres, the destruction of schools, and the poisoning of water wells, as well as armed attacks on government institutions and military facilities, flogging, assaulting and raping women in areas under their control, sabotaging industry, and setting wheat fields on fire, and more.

For the CIA, Operation Cyclone was a major success. Between late 1979 and February 1989, when the last Soviet troops left the country, 15,052 Soviet servicemen lost their lives, with 53,753 others injured. On the Afghan side, over 18,000 Afghan government troops were killed in battles with the insurgents, with 77,000 others injured. In 1992, the Kabul government collapsed, President Mohammad Najibullah was strung up from a traffic light pole and executed, and Afghanistan turned into a feudal failed state. 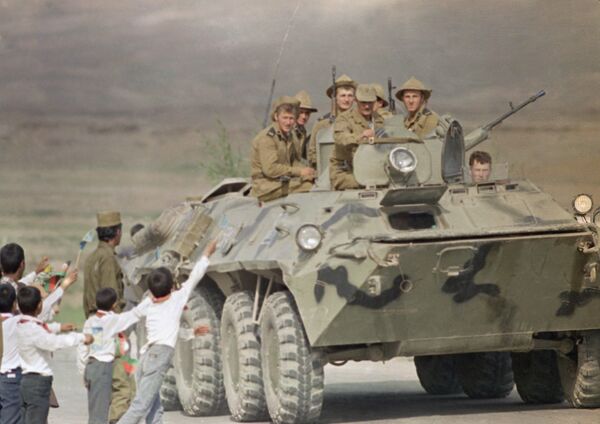 In a 1997 interview, Zbignew Brzezinski, President Carter’s national security adviser, admitted that the overarching goal of Washington’s Afghanistan operation was to “make the Soviets bleed”.

Recalling his famous 1980 trip to Pakistan, where he toured a refugee camp on the border with Afghanistan, Brzezinski said that action was aimed at “coordinating with the Pakistanis a joint response, the purpose of which would be to make the Soviets bleed for as much and as long as is possible; and we engaged in that effort in a collaborative sense with the Saudis, the Egyptians, the British, the Chinese, and we started providing weapons to the Mujahedeen, from various sources again”.

In October 2001, on the pretext of the Taliban’s refusal to hand al-Qaeda leader Osama bin Laden over to Washington, the Bush administration invaded Afghanistan to oust their erstwhile allies from power and set up a secular government not so different from the one the CIA helped overthrow in the 1980s. That war, now the longest in US history, has cost Washington an estimated $2.14 trillion, with over 2,350 US servicemen and 62,000 Afghan security forces personnel killed, along with 38,000 Afghan civilians. In February 2020, the US and the Taliban signed an agreement aimed at paving the way for intra-Afghan talks and the withdrawal of US troops from the country, but the violence has continued.