75th Anniversary: What to Know About First WWII Victory Day Parade in Moscow 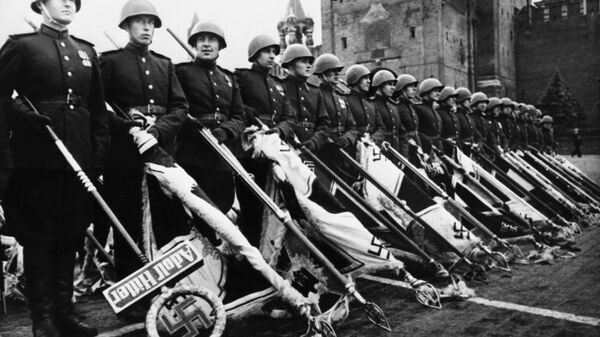 Oleg Burunov
All materialsWrite to the author
The first parade in Moscow to celebrate the defeat of the Nazis in the Second World War took place on 24 June 1945, about two months after Germany's unconditional surrender was signed near Berlin.

24 June will see a WWII Victory Day military parade in Moscow’s Red Square, which was cancelled on 9 May due to the national lockdown caused by the coronavirus pandemic.

The Wednesday event is of symbolic meaning, given that the very first parade dedicated to the defeat of Nazi Germany in the Second World War was held in Moscow on 24 June 1945. Here's an array of interesting facts about this historic event.

No Banner of Victory

Renowned Soviet military commander Georgy Zhukov took a decision that there would be no banner of victory during the historic parade on 24 June 1945. 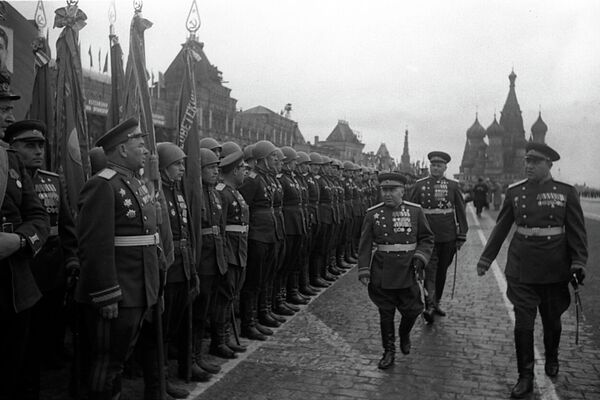 According to A. Dementyev from the Moscow-based Soviet Army Museum, those who were tasked with carrying the banner had little time for drill practice ahead of the parade. The Soviet banner of victory was first carried during the WWII Victory Day event in 1965.

Who Inspected the Parade?

It was Zhukov rather than then-Soviet leader and Commander-in-Chief Joseph Stalin, who inspected the 1945 parade which was commanded by another prominent Soviet military commander, Konstantin Rokossovsky. 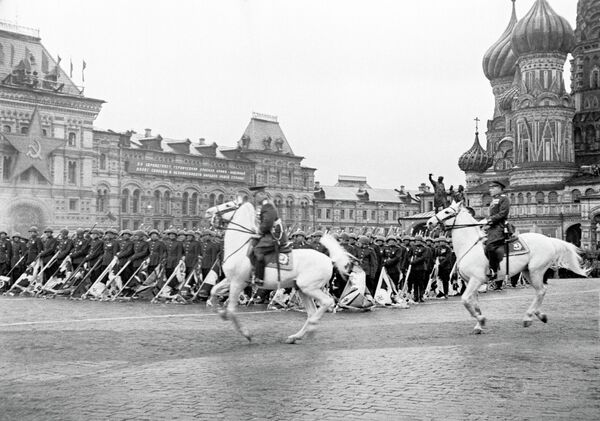 In his memoirs, Zhukov wrote, citing Stalin's son, that the Soviet leader had decided not to inspect the parade because he did not have sufficient riding skills.

During the event, outstanding Soviet cynologist Alexander Mazover was allowed not to perform a salute to Stalin because he was carrying in his arms a wounded sheep dog that took part in the Soviet military’s mine clearance operations in Romania, Czechoslovakia, Hungary, and Austria in the spring of 1945. 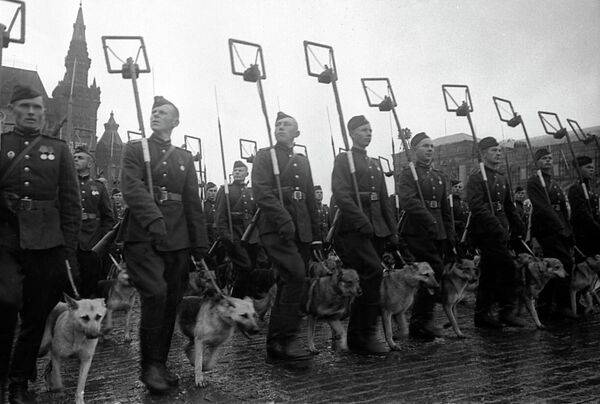 The animal, nicknamed Dzhulbars, was awarded the Medal for Military Merit for discovering a total of 7,468 mines and 150 shells at the time.

Also, it is worth mentioning a historic piece of paper containing Zhukov’s ceremonial speech during Moscow's first Victory Day parade in Red Square. Notably, one can find special marks on the text related to intonations with which the Soviet marshal had to pronounce this speech.

The most interesting notes “quieter, harsher” pertained to the words, “Four years ago, fascist Germany’s hordes attacked our country”; the notes “louder, with intonation growth” were related to “The Red Army, under the leadership of its ingenious commander, launched a decisive offensive”.

The marks “quieter, more pathetic” are seen with respect to the words, “We won the victory at the cost of heavy sacrifices”.

After the collapse of the USSR in 1991, Victory Day parades were not held until 1995.